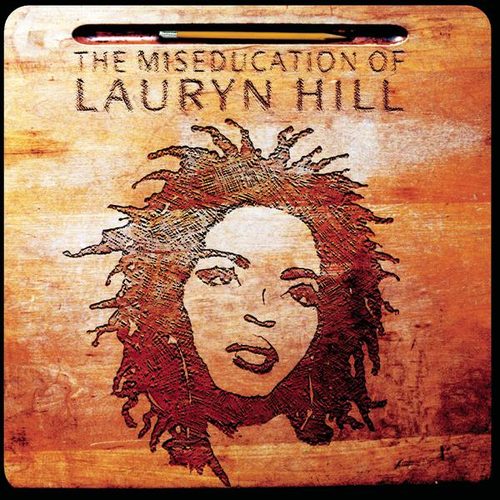 Whoever said that Lauryn’s new album was going to be wack because it’s mainly an album of song as opposed to spoken rhymes is about to choke on those words. “The Miseducation of Lauryn Hill” is a celebration of what it is to be Lauryn Hill. It lets us enter her world on a musical mind trip, lets us listen to who she is and what she has to say while letting us ponder our own things in this life.

The intro to the CD gave me something to think about that perhaps no one else would probably catch, because it’s so damn obscure. When the instructor calls roll (since when was roll call not alphabetical?), it appears that Miss Hill isn’t in class. One could interpret this as Lauryn not being in a certain “class,” not really a Hip-Hop artist nor an R&B artist nor a soul artist, but rather unique in her own essence. Or it could show her disapproval of the educational systems of today… well, that’s all speculation, geared towards further thought by those who wish to pursue the subject.

But anyway, back to the music. As I listen to the album right now, I note how almost each track sounds different from each other. You’ve got the reggae-influenced “Lost Ones” in which many think that she’s referring to Wyclef, the strong drumbeat of “To Zion” dedicated to her son, the relaxed groove of “Superstar” and “When it Hurts So Bad” as well as other songs on the album, the upbeat sound of “Doo Wop” and “Every Ghetto, Every City”… and on and on. This only enforces Lauryn Hill’s versatility, also shows her talent for the vocals.

“The Miseducation of Lauryn Hill” comes correct with an appropriate number of guest appearances. Not too many, yet not too few. D’Angelo’s guest appearance is appropriate, as well as Mary J. Blige’s on “I Used to Love Him.” As I listen to “Nothing Even Matters” with D’Angelo adding his voice to the track, I note the interesting chemistry between the two artists, how everything flows wonderfully in synchronicity, like a river. It makes you understand the two’s lamentations and confessions as you feel the whole vibe on the track. This is how it is with most of the songs on the album, as you feel her pride in her son on “To Zion” and the melancholy yet strong musings on the title track.

As I mentioned earlier, each track on the album pretty much sounds different from all of the others. This indicates Lauryn’s diversity, yet makes the album sound a lot like a mixed pot of stew. You’ve got soulfully sweet tracks right next to streetwise jams, and it either works or doesn’t work, depending on the mood that you’re in while you’re listening to the album. Yet, “The Miseducation of Lauryn Hill” is rich with songs that make you want to cuddle with your honey. Most of this album is perfect for sitting on a porch swing, either alone or with someone you love, as you two sit and think. But note that I said most of this album, not all, because I can’t really imagine snuggling to “Lost Ones.” Have the program button handy if you’re in a set mood.