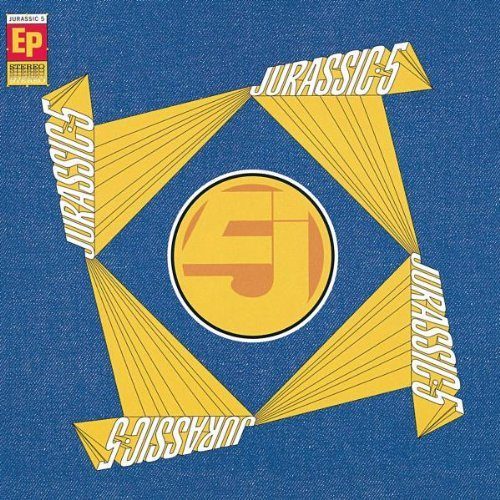 As much as I love the complex rhyme-style that is so in vogue nowadays among rappers from both coasts and all points in between, I can still get my groove on by listening to some old-school hip-hop by the likes of The Sugarhill Gang and the Funky Four plus One. The rappers from the old-school days weren’t about using bigger words then the MC next to ’em. Nor were they into jamming as many words into one bar as they could. Lyrics back then were simple, easy to swallow, and, dare I say, downright kindergarten compared to say, Ras Kass of today. But hey, who gives a shit when you’re at a party with some honey and you just wanna get down on it like Kool and the Gang? The simplicity of their words gave it a broader appeal; you didn’t need to be hardcore head to get it and you didn’t need to take a time-out from macking to pay attention to the words. But over time, rappers began pushing the boundaries of what an MC can do on the mic. They began saying more and more with increasingly complex rhyme patterns and the old-schoolers had to either catch up with the new school or fall off as dinosaurs, as many did. But the real downside to this is that the MC that made you wanna grab a honey and dance was replaced by the MC who made you wanna grab a dictionary and study. Where’s the fun in that? I don’t know and I don’t think the Jurassic 5 know either. They buck the trend and take things back the other way. Back towards sing-along choruses, funky-as-hell beats, and simple, yet dope, rhymes that would sound great over a jacked “Good Times” bass line. But enough of that, let’s get on to the music.

The J5 production is done in-house by the two DJ’s, DJ Nu-Mark and Cut Chemist. The Bomb Squad they are not as they tend to keep things simple on each track. But this is fine and only compliments the styles of the MC’s involved. The typical J5 track will be nothing more then a beat, bassline, and a third element such as a piano riff or flute loop (no cereal jokes please). On top of this add old-school style rhymes from the MC’s, Chali 2na, Akil, Marc 7even, and Zaakir, and the J5 team is complete. Three tracks on this EP stand out above the rest. My favorite track, and a hip-hop classic in my book, is “Concrete Schoolyard”. The highlight of this cut is the phat-as-phuck piano riff with a kickin beat making for a slower-tempo hip-hop cut you can dance to. Lyrically, the chorus reflects J5’s approach to their brand of hip-hop:

Elsewhere, the MC’s go back and forth between braggadocio rhymes and tributes to the art of MCing. This song alone makes the EP worth every penny.

The two other stand-out tracks are “Jayou” and “Lesson 6”. The former, which can also be heard on the Lyricist Lounge CD, is a straight up braggadocio cut on top of a nice flute sample (which I’m told was also used by The Beastie Boys but I’m not a BB fan so I’m not sure). Lesson 6, on the other hand, is a DJ jam by Cut Chemist and is pretty infamous among fans of the art of DJing. Cut Chemist took some old educational LP’s and throws bits and pieces of a lecturer speaking into the mix to, among other things, narrate his own progression as the song develops. Listeners who aren’t into DJ cuts may find this 6-minute cut a bit too much, but for those that appreciate the field, they’ll love it.

But of course, there are more then three tracks on this EP, nine to be exact. However, one of them is a stupid skit, two are just short musical interludes, and one is the instrumental version of the final beat used in Concrete Schoolyard. This leaves only two other full-fledged cuts to listen to. They are “In the Flesh” and “Action Satisfaction.” Both are solid, but don’t come close to the trio of tracks I described earlier. “Jayou,” “Lesson 6,” and “Concrete Schoolyard” make this EP the bomb it is.

I’m fairly confident that most fans of hip-hop will enjoy this CD. I would say “all,” but I’m afraid that some folks may not go for the retro-rhyme styles used by the MC’s and their lack of individuality (quite frankly, I’m still trying to figure out who’s who). But for those who are looking for a break from rappers who get paid by words per minute (making Bone and El-P the richest men in hip-hop), this CD is the one for you. Ironically enough, by adopting yesterday’s styles, they drop one of the most refreshing CD’s of today.