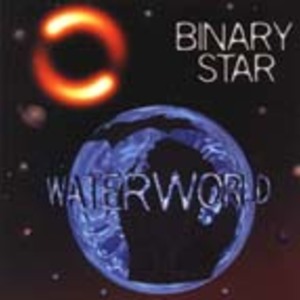 Michigan’s most well known exports in the hip-hop universe may be the sick rantings of Eminem, the buffonish facial paint of Insane Clown Posse and the dirty blonde hair of Kid Rock but there’s a LOT more beneath the surface than meets the eye. This is after all the state that’s home to Motown, the single greatest collective of R&B artists ever assembled in music. You don’t think Michigan’s independent hip-hop has it goin on? Then you haven’t checked out Binary Star yet.

One cat in particular in this loosely assembled crew (the name is meant to indicate they are not a group per se but bright rap stars whose orbits rotate around each other) could challenge Guru for his throne as king of monotone. Senim Silla’s voice on cuts like the KRS-One sampled “New Hip-Hop” and the solo showcase “Slang Blade” is the perfect mixture of lyrical similes and metaphors without leaning on them as a crutch for a lack of flow ability (like Thirstin Howl the Third). By the time you hear his creepy verses in “Wolf Man Jack” you won’t even remember that these cats aren’t from New York or the Left Coast (and this song BTW is perfect for any Halloween DJ’s mix).

Senim Silla is not riding solo on this mission though. D-Compoze shows up on several tracks, most notably riding the haunting piano loop of “Indy 500” (et tu Ghostface Killah?), Mr. Hide who drops the amusingly disturbing “Glen Close” and several appearances each by Mr. Ree Man and One Be Low. Athletic Mic League (another of Michigan’s best kept secrets) also shows up on two collaborative songs, “Fellowship” and “The KGB”.

The standard of excellence in independent hip-hop is constantly being pushed higher, and Binary Star is one of those groups that is raising the bar. Half-assed rhymes and unoriginal beats will not be able to compete with product this good. Think you need corporate backing and a $10,000 sample to make a dope record? Think again. Think Binary Star.