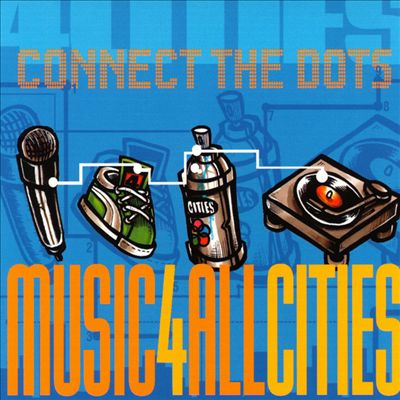 There is definitely a sense of homework having been done by the contributing acts for this release. Almost every track gives resemblance to a veteran act or sound that you already love. The inability for this compilation to stand out is its downfall. There are some familiar faces present, but most of the sounds released are straight booty.

LMNO starts off the affair with a head bobber for sure. The simple, but funky, piano riff compliments his style like an ’86 BDP joint. “Streetwise” is a good resume builder for LMNO. Aside for having one of the wittiest names in Hip Hop, he continues to lay it down for underground sound. Held together mainly by production from DJ Rhettmatic, “4 All Cities” fluctuates greatly in and out of bad, good, and great. This cat Kombo must have brushed his teeth with Kutfather’s toothbrush the morning he laid down “God Bound.” I hope Kutfather is getting his royalty check from this cat. The track wasn’t much of a head jerker at all. The production was too 1 dimensionalâ€¦ a pause-mix special, you could say.

Some of the tracks give off the impression as being high school senior projects. Looking at the credits a few more times that may have been the case. The creative force(s) behind Mum’s The Word might have stretched to the bone. Producing, mixing, and engineering might have sounded like a good idea financially, the sounds that came out in the various cuts was evidence it wasn’t a sound move. When the vibe takes a nosedive, in comes a gem. Oddly enough though, the gems you get sound like gems of the past. The J5 appeal from the Unspoken Heard track. The D.I.T.C. influenced joint from Fear or the Aceyalone cloned piece by SonGodSuns, “Gallaleo.”

The true contribution from this venture is that it accompanies another indie cinematic release. ‘4 Cities’ should be at your video store in full strength later this year. The theme is mainly skateboarding, but you also get a full dose of Hip Hop culture. Without a steady amount of head bobbing being done from this CD, you won’t be too upset when ya boy decides to keep it past the allowed one week borrowing period, but you may crave a track or two.