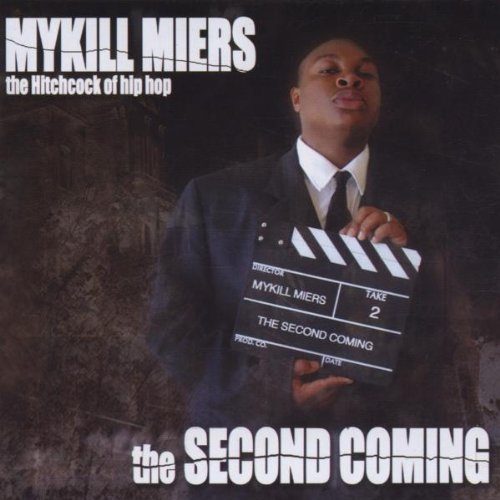 See, rap can do it all: love songs, schoolyard bickerings, abstract thought processing, comical acts, spiritual teachings, tough talk, philosophical debates, crime stories, motivational speeches, professional acting, and therapeutic sessions. But no other form of music (except for its close brethren from Jamaica) can do what rap can do: straight rip into a fellow musician and tear him limb from limb. As a matter of fact this has been a key element of rap music throughout its existence. One of the last keyholders in that respect is the self-proclaimed ‘Hitchcock of Hip-Hop’ whose artist alias is derived from the real ‘Ghostface Killer’, Michael Myers from the ‘Halloween’ horror movie series.

In 2001 the rapper Mykill Miers is back to settle the score in his own ongoing horror saga. One of the strong points of the aptly titled “The Second Coming” is indeed the musical score which for the most part was developped by Diverse and DJ Revolution. They don’t just supply this rapper with beats, they tailor them to his size. Taking turns, they compete to paint the most dramatic, suspenseful backdrop for him to flow over. The point is that these tracks still sound like hip-hop supposedly is to sound like. In fact, the beats, the cuts make this seem like a return to hip-hop more than anything else. The same goes for Mykill Miers, who does not shed blood for the sake of bloodshed, but does it all in the name of the artform. His entire existence seems a metaphor for rap’s cutthroat mentality and competitive nature. Being primarily a battle rapper, Miers is NOT the rap equivalent of the great director. Indeed that title can only belong to the man that has likewise referred to himself as “rap Alfred Hitchcock” (and is being sampled saying so in the titletrack): The Notorious B.I.G., whose vivid, suspenseful tales still stand alone. In fact, there’s only one opportunity to compare the storytelling skills of the two: The set-up of the closing “Payback” is very similar to Biggie’s “Somebody’s Gotta Die”, but the song ends with him simply having his revenge, nothing more. The only other track with a story line, “Crazy (Chic)”, may talk about crazy chicks, but is far from crazy itself.

In the same fashion this whole album is predictable. Whether he’s attacking (“Raw Shit”, “The Flow”, “U Know The Name”) or getting defensive (“Dowhatyougottado”, “Can’t Take It No More”, “Something To Prove”), he’s closer to the average gangsta rapper than most would like to admit. The same topics, the same attitude, only he does it over a hip-hop background. Mykill Miers sounds better over hype tracks, while simple march-step beats like “1 For The Treble” or “Get It Right!” only reveal his limitations. Ill tracks, on the other hand, enhance his performance, like the alluring atmosphere of “Die From This” or the midnight stalker pace of “Gone Too Far”.

Don’t get me wrong, this guy has very solid rhyme skills and an animated flow, it’s just that we’ve heard it all before. Unfortunately during the whole of “The Second Coming” his delivery reminds me of Xzibit, but in almost every department he comes off second best. And unlike fellow Carson representative Ras Kass, Mykill Miers doesn’t provide the suspense of waiting for a punchline either. But then again, he does not have to live up to the kind of expectations these two have to live up to. So what it all boils down to is Mykill Miers living up to his name and staying underground like John Carpenter:

“I’m sendin’ cats to post mortem
I just kill ’em all and let the coroner sort ’em
My objective is to floor ’em
my skills is real, they Fabulous like the Forum
They call me Mr. Slice-n-Dice
ginzus, machetes, whatever if the price is right
We can’t negotiate your fate, it’s too late
you’re another funeral candidate
Fatal wounds get inflicted
with a snub-nose bisquit your vital organs get twisted
that’s what happens when you come see me
multiple stab wounds, write my name in bloody graffiti
Do you even know what you dealin’ with?
a lunatic with a appetite for killin’ shit
They say Myke Miers is pure evil
I had to do it twice: ‘Killing Spree – The Sequel.'”

Uh, how many are there gonna be?