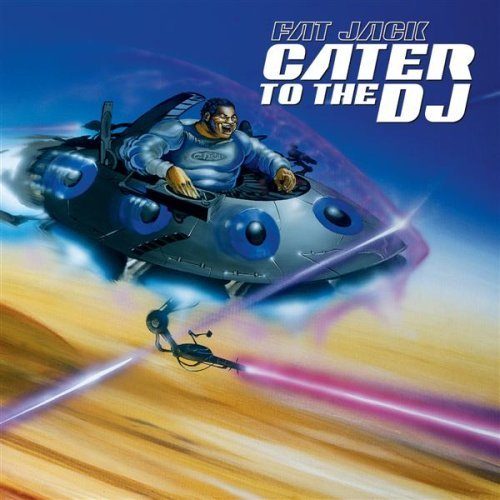 Cater to the DJ

Fat Jack :: Cater to the DJ

I say to myself, “Los, â€¦ Los, you hear me fool! What you look like wasting your money on this poor attempt to pay the rent? Knowing you gone only like a quarter of the tracks, which will be surrounded by sleepers.” But this had to be different. This is Fat Jack — Project Blowedians, Celestial Recordings, et cetera — this had to be butta!

Before I go any further, I must state that for a 39-track selection compilation of full songs (not a mixtape) having been produced and arranged by one dome is one thing. But, to have my head bobbin’ for more than two hours of the possible two and a half is a whole new ball game! Honestly, having to review this piece for you cats is almost a disservice to the project.

You get Aceyalone, Jizzm, P.E.A.C.E., Phoenix Orion, DK Toon, and J Smoov; or as Fat Jack put it, “We got the best of the West up in here!” Now, you can go horse arguing that point, but you’ll be playing ya’self stupid if you think of holding back the props for this project. The more apt title for the would read Fat Jack “Doing Your Soul A Favor.”

The imagery provided by Rick Konvick on “Bill” is reminisce of classics done by the famous slick one. The heart felt vibe flowing from Jayne Doe reminds me of the poetic ease exhibit by Maya Angelou. The main vibe from these low profile artists is that they are hungry. There is a “true grit” being felt from the lyrics laid down on the rather versatile production skills of Fat Jack. For a feel of how much fun and heart was put down during the recording sessions, peep Volume 10’s song “Hooray!!” This fool know where ya momma stay, so, don’t get it twisted! And it’s like that.

Nothing was left out with this here. Fat Jack put together a nice balance of production sound, MC skills, and subject matter. You get sprinkled with some Blunt smoking, Black on Black crime story, male machismo, “conscious thought”, and there is even a small attempt of car jacking by a brotha set trippin’. Shit, you even get the sometimes-funny sampled child on the mic. Can somebody tell me why DK Toon isn’t getting top billing? Not to mention what comes out when he and/or J Smoov and St. Mark decide to combine talents.

Hopefully, Fat Jack didn’t give us his best efforts, but a small sample of his talents. “Cater to the DJ” is waiting to be certified classic, monumental even. Fat Jack has established a whole new set of criteria for accomplishments. At the end of the compilation, St. Mark wonders what will become of Hip-Hop in the years to come. I’d like to say that as long as cats like Fat Jack put together gems like this, all’s well on the home front of Hip-Hop.