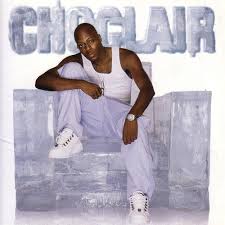 You know you’ve blown up as an artist when DJ Premier finds your work good enough to be sampled. I’m not sure if the sampling of Choclair’s “21 Years” for GangStarr’s “You Know My Steez” facilitated him being the first Canadian hip hop artist to be signed to a major record label (Virgin), but it may have earned him a few brownie points. While Primo doesn’t lend any production to “Ice Cold,” his partner in crime, Guru blesses Choclair with a verse from the Kardinal Offishall produced “Bare Witness.” Choclair builds off the success of Canada’s new national hip hop anthem, “Northern Touch” by providing us with another summer anthem in the single “Let’s Ride.” Thanks to the direction of Little X, both videos have gotten Choclair much exposure and has helped erase the label of him being a good Canadian hip hop artist. It’s safe to say that Choclair is a good Hip Hop artist.

Following along the lines of previous Toronto hip hop releases the bulk of the production is from fellow T-dot hip hoppers, Saukrates, and Silver House And the Girl (S.H.A.G.) comprised of Kardinal Offishall and Solitair. Former Main Source DJ, K-Kut lends his help to the tracks “Rollin'” and “Da Chiznock.” Da Grassroots stepped in for the title track, “Ice Cold.” While Toronto has been referred to as the Canadian equivalent of New York, the production isn’t your typical indie NYC joints.

Those who know Choclair know that the Sexual Chizz-nock is a ladies man through and through. Tracks like “Jambone” and “Rubbin'” display Choclair’s love for the ladies. Don’t expect a lot of ‘Luke’ rhymes here, there are many references to ladies, but Choclair is out to display his wide variety of lyrical skill. On the white label release, “Flagrant” Choclair puts wack rappers in their place. On “Situation 9” Choclair runs a story-rap about ill situations people can get themselves into when they don’t pay attention to the world around them.

Along with Guru, there are a couple other guest spots. Kardinal lends a nice verse to “Runnin’ Wid Us.” While Saukrates doesn’t have a verse for himself, he does his best Method Man lending his voice to the choruses of the tracks he produced. In a battle of young up and comers, Choclair trades verses with Jay-Z prodigy Memphis Bleek on “Young Gunz.” This track produced by Solitar (S.H.A.G.) may be the closest to a NYC-type beat on the album. Fellow circle members Solitair and Kardinal Offishall join Choclair on “S.O.T.” The now required west coast connection with the Rascalz is here with the track “Die Hard.”

If for no other reason to check the album, Choclair knows how to rock the crowd in the Rakim/KRS-One type way. I’ve seen him rock the crowd at a GangStarr concert weeks before the album was even released and he just rocked a crowd at Daytona Beach that was less than a hip hop crowd.