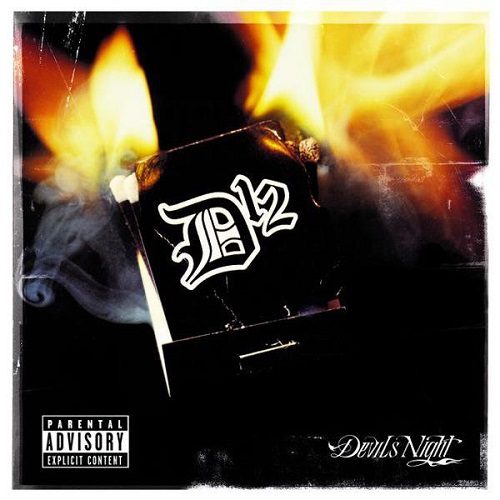 Eminem almost singlehandedly invented a rap style that could be called “white trash hop” – a shameless escapade through trailer park trash talk combined with rampant drug abuse and misogynistic nihilism. If you think you already had the real Slim Shady figured out though, here comes five of his homies who are darker than the Doctor (Dre that is) that pop more pills than HE does.

The conservative-minded among hip-hop’s intelligentsia will of course have their own interpretations of this latest endeavour. A few will say Eminem is trying to shore up his urban music credentials because his crossover success bleached him whiter than Vanilla Ice. Some will argue that Mr. Mathers feels compelled to put undiscovered Detroit rappers on because he feels guilty about blowing up. And a couple might even posit the argument these are in fact Eminem’s true homeboys, the people he grew up with, so it’s only natural for him to share the wealth. Whatever the haterade drinkers might say the latter is the closest to the truth – Em has cut underground tracks with Proof, Bizarre, and Swifty McVay for years; dating back to the days when he was an unknown quantity and store clerks mocked you for requesting his singles and albums (usually they said the candy store was down the street).

The real question then is not so much why as what – what do they sound like, and what do they have to offer? This release provides some of the answers. To the credit of the group, each member has a distinctive and memorable voice and style that makes them stand out from one another. Bizarre has a deep, slow-flowing vocal style that makes his shock theater raps stand out. Kon Artis is probably the smoothest flowing – a bit like an old school LL Cool J. Proof may have the most crossover potential; as he has a distinctively dirty voice in the tradition of Method Man and Sticky Fingaz that always grabs your ear. Swifty McVay has rocked on Eminem’s shit since “No One’s Iller,” which makes it no surprise his mayhem and malice are similar to Slim’s own. Last but not least, there’s the illed out rhymes of Kuniva – who could be called a raunchy Detroit version of DJ Quik.

Together with Eminem, this crew of ne’er-do-wells creates enough vocal diversity to spark off a truly enjoyable album. On some group albums one member stands out while the rest sort of fill in the gaps; think Busta Rhymes in L.O.N.S. or Redman in Def Squad – but on this album each individual shines. Swift gets his thang on in the dark ambience of the Eminem produced “Instigator”; to which the sounds of helicopters flying overhead was a superb touch – but be sure to Jeff Bass credit for the instruments. The same formula works on “American Psycho” where despite a good opening from Em lyrically he gets truly upstaged by Bizarre’s disturbing verse. Proof’s charisma kills the track on the lead single “Purple Pills” and makes you wish his verse had been longer, but Kon Artist and Kuniva make an excellent tag-team combo – a feat they also repeat successfully on “Blow My Buzz.”

For the most part this album picks up where “Amityville” and “Under the Influence” left off on Eminem’s “Marshall Mathers LP” and carries the vibe forward. The sound is more dark and moody though than the lighthearted lead single; which accurately reflects the album’s title. For those who aren’t from Michigan, Devils Night is the day in October when people in Detroit go wild and start riots, get drunk, smash pumpkins, et cetera. This release is the soundtrack to their story, laced with their macabre humor and fresh vocal intonations. Unfortunately Eminem’s well-known name and fame may overshadow the worthy accomplishments of his crew; especially when he takes the time to lambast his enemies on songs like the bonus track “Girls”:

“So from doin a song with Method to beggin to get accepted
I’m peggin Fred with the bottle of dye that he bleached his head with
And as for Lethal, don’t forget what I said
I’m fuckin you up punk, you’re dead! Don’t think that I’m playin
And fuck BIZKIT! Cause I know you’re sayin fuck D12
Only not to our face, under your breath, to yourselves”

Although there are a few songs that lag behind the rest of the album for uninspired beats (among them “Shit Can Happen” and the cheesy “Ain’t Nuttin’ But Music”) this debut album is an overall success that should hopefully establish D12 as a legitimate force to be reckoned with in hip-hop. This is no charity act of kindness from Marshall Mathers – it’s a real crew with real skills who deserved their time to shine and thanks to him finally got their break at last.