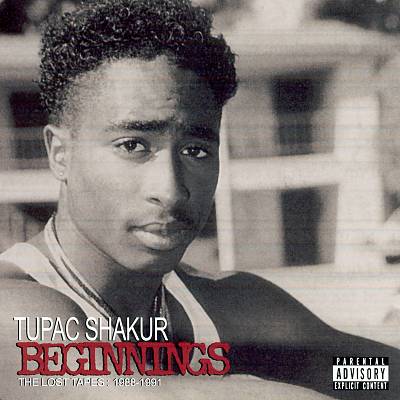 Before we start, let’s set the record straight about one thing – there is nothing “lost” about these tapes. Sure, there’s the nice story on the back cover about how Digital Underground’s Chopmaster J (yes, ‘Pac was a member of D.U.) found these reels in his basement; thinking they had been destroyed in an Oakland fire. What the liner notes fail to mention is that these were NOT the only tapes of the recordings that existed. Either somebody in the group Strictly Dope (whom Tupac recorded most of these songs with) or associated with D.U. long since copied or lent out copies of these tapes. All the songs that appear on this CD have been widely bootlegged for the past four years. “Static”, “Panther Power” and “Case of the Misplaced Mic” all have a long history on quasi-official Tupac Shakur releases.

As the producer, Chopmaster J does have the most legitimate claim to officially releasing these recordings, and his is the only version of them to be officially released nationally. You don’t need to get a poor quality copy from a bootlegger; any Best Buy, Sam Goody, or Tower Records will have a copy. That’s the good news. There’s very little good news to go around, so savor that nugget for a minute.. done? Okay, here’s the bad news – and there’s lots of it. To start with, the fact these raps were all recorded before Tupac ever appeared on Digital Underground’s “Same Song” is an indication of how young he was, vocally and lyrically. That alone would relish these tracks to obscurity for anybody without the absurd level of hero-worship Mr. Shakur has; but then there’s the beats. Don’t expect the funk of “California Love” or the warm keyboards of “If My Homie Calls” or the touching feelings of “Dear Mama.” The audio on here is almost strictly demo – what you’d find in any A&R’s dustbin.

There are a couple of bright moments. “Panther Power” displays the same fierceness lyrically that informed Tupac’s most vicious attacks on society and the hypocrisy of the ‘American Dream’ throughout his career – but his voice is too young to give it the deep resonance or surreal quality of any of his best work from “2Pacalypse Now” or “Strictly 4 My N.I.G.G.A.Z.” “Never Be Beat” uses some fairly generic funk loops and drops but has a choice vocal sample; it’s almost fresh. The same can be said of “My Burnin’ Heart” – which chops up the same Grover Washington Jr. sample that Organized Konfusion used for “The Rough Side of Town”.

Now back to the bad news – there are two versions of two tracks here, and both are unnecessary. The second take on “Case of the Misplaced Mic” is less interesting than the first. The two mixes of “Static” are both problematic but again the second is much worse; as it chops up what was only a one verse song to begin with into three 4 to 6 bar segments with a pseudo- chorus around it. Now admittedly the technical skill which with it was done was impressive because it was cut cleanly but because there are more portions doesn’t give you more meat.

Chopmaster J has either done the hip-hop nation a service or has deluded himself into thinking he has depending on your perspective. The continued obsession with cataloguing anything Tupac Shakur ever did will probably never be exhausted. Diehard fans of Shakur will be happy, and J does put them out in the public where they would belong instead of the street vendor. Maybe Afeni Shakur and the Tupac estate will even receive some royalties; but the disservice this album does is to tarnish Tupac Shakur’s legendary career. These are NOT good songs, and only “Static” even sounds remotely close to the fiery vocal passion we remember Shakur for best. What was once “Lost” may now be found, but we’re not better off for having found it.