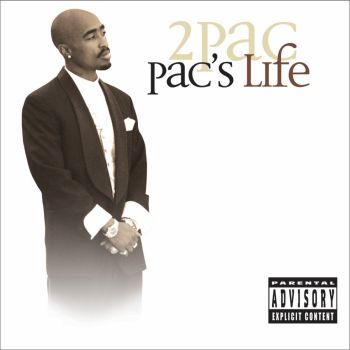 Nobody intends anything but the highest regard for Tupac Shakur’s life at this point. There are plenty of classy and well-intentioned people who are taking the revenue generated by the late great’s estate and putting it into projects like the Tupac Amaru Shakur Foundation, who are building a performing arts center to help bring along a future generation of artists and entertainers who need opportunities otherwise denied to them in their own community. That’s real. The 2Pac Legacy as such could achieve this even without new albums, because even before he died he gave the world a slew of classic albums and even more memorable hits that still bump to the present day. Some amount of hero worship and martyrdom have clouded the argument about his relevance both for and against, but the fact there’s even anything to argue proves his enduring value. For all of these reasons Shakur’s catalogue needs to be considered a treasure that’s closely protected and rarely updated, so what already exists retains its value.

Unfortunately the temptation exists to continually keep 2Pac “relevant” for a new generation by releasing at least one or two projects tied to him every single year. The results have varied fromgood to fair to mediocre to just plain awful but regardless of the quality they just keep on coming one after the other. Some of them may add to his legacy but a lot of them are in danger of diluting it too. 2Pac has collaborated with more artists since his death than he did before it, and “Pac’s Life” is no exception to that trend. It’s a necessary way to stretch out a limited amount of unused and/or recycled material into new songs as we get further and further way from Pac’s ACTUAL life, now over ten years gone and clearly not forgotten. For that reason everybody from Ashanti to Bone Thugs to Snoop Dogg to T.I. is featured on a song on this album. In fact there isn’t a single track WITHOUT a guest star.

What’s scary about “Pac’s Life” is that there are so few unreleased verses left to mold into raps that songs which featured one verse from 2Pac and four guests four years ago are now being recycled. This technique was used even more blatantly on two posthumous Notorious B.I.G. albums, where the first clearly beget almost all of the second, but it’s becoming ever more apparent on new 2Pac releases as well. Even the most casually observant of his fans can spot the exact same verse from 2002’s “This Life I Lead” off the “Better Dayz” album as being the exact same verse in the title song of this album:

“I want money in large amounts, my garage full of cars that bounce
Movin my tapes in major weight cause every dollar counts
Bustas is jealous and half these niggaz is punks
They runnin off at the mouth ’til I fill it up with my pump
They jump, my automatic keep ’em wary
Why you frontin like you really bad-ass, nigga you scary
I been knowin you for years, we was high school peers, in junior high
I was itchin to kill, and you was, ready to die
Why you bullshittin, niggaz was dyin and catchin cases
Bustin my automatics at motherfuckers in foreign places
Leavin no trace, they see my face and they buried
Them bitches die in a hurry, still I ride, I’m never worried
Mr. Makaveli tell me to ride, and I’ma ride
Pick my enemies out the crowd, and motherfuckers die”

It’s even more odd when instead of just contributing a guest rap on this track and letting it rest, T.I. has to come up with a convoluted and unnecessary explanation on just why he’s down with ‘Pac. RIDICULOUS:

“What’s happenin ‘Pac, yeah I know we never got to meet
But we know all the same people so we got to speak
You taught me first, fake nigga can’t stop a G
And all the shit you went through meant a lot to me”

We’re so glad to hear that T.I. but quite frankly SHUT THE FUCK UP. At least the Outlawz members can claim to either be kin to him or have rapped with him while he was still alive; the best you can come up with is you know some of the same people. I would have just accepted your rap but you had to go and insult my intelligence. Let me peep how this works – if I happen to meet Hussein Fatal at an industry party somewhere (yes I know this is unlikely) and we crack a few beers together, I’m qualified to rap on a track with 2Pac too? FUCK NO I’M NOT and neither should anybody else be no matter how many degrees of Kevin Bacon removed they are from the man. It’s not a MySpace game where you see how many people you have in common as friends, this is the legacy of one of hip-hop’s most historically important rap artists. I expect people will soon start remixing Run-D.M.C. records just because they were friends with somebody who was friends with Jam Master Jay, and I’ll find it just as absurd then. I’ll say this much – LT Hutton gave the song an acceptable if largely generic and uninspired beat.

That doesn’t change the fact that much of “Pac’s Life” is as worn out as a dollar bill that’s been through the laundry ten times, and I mean the song as well as the album. Three songs on this album had to be presented in two different forms – “Female” and “Male” versions of “Playa Cardz Right” featuring Keyshia Cole and Ludacris respectively, regular and Swizz Beatz versions of “Untouchable” featuring the Outlawz and Bone Thugs-N-Harmony respectively, and even the aforementioned “Pac’s Life” track has a remix with Snoop Dogg and Chris Starr added to the party. There are some good songs on this CD that have little to nothing to do with ‘Pac in the end. “Sleep” gives away its lyrical origins as a track entitled “Don’t Go 2 Sleep” with Kurupt, and while the lyrical contribution that song makes to this one is acceptable…

“Pictures are plenty, sippin my glass full of Henny
Hands on my semi-automatic, kill for pennies
Approach for contact, since I’m live I multiply
As soon as I open fire, niggaz die with open eyes
Scared to take a nap, it’s a trap, a long maze
Dreamin of getting stacks, makin’ scratch the wrong way
What the song say? We murder motherfuckers daily
Blackout, blow the track out, my lyrics never fail me”

… the song would have been just as good without it thanks to Sha Money XL’s beat and raps by Young Buck and Chamillionaire. Shouldn’t it be somewhat telling when ‘Pac sounds like a guest on THEIR song instead of the other way around? While “Pac’s Life” may satisfy a fanbase craving their next hit of his music, and there’s JUST enough of his vocals on it to justify calling it a 2Pac album (but just barely) it’s getting to the point now that his legacy is being stretched so thin that it could break. Considering all the good that could be done with the earnings of his estate, let alone the damage to a career that was already hall of fame even before he passed away, that’s a damn shame.