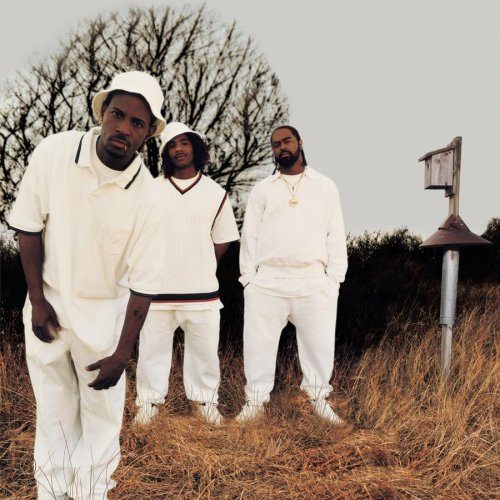 Southern hip hop didn’t really explode onto the mainstream scene until the release of OutKast’s first album, “Southernplayalisticadillacmuzik” in 1994. Ever, other notables such as GooDie MOB, Scarface and his Rap-A-Lot family, No Limit Records, Cash Money Millionaires, and numerous others have reached success stemming farther than the local boundaries to which their record sales were previously limited. While OutKast and GooDie MOB have emerged as some of the top “conscious rappers” of the era, the other names listed have created an image that causes most rappers from the Dirty South to be generalized as flossy playas/gangstas, relying on bouncy beats, catchy hooks, and little else to earn a fan base. Jim Crow falls somewhere in between these two “groups”.

The first thing that catches your attention on this album is the production, which is some of the best that any album has had in a long time. The majority of the beats come from P.A., Mr. DJ, and Jazze Pha, some of the best Southern (in fact, some of the best period) producers around, who have mainly worked with the Dungeon Family, Youngbloodz, and other notable Southern artists.

Lyrically, Jim Crow tends to stick to the tired subjects of pimpin’, ballin’, and bangin’, but the way that they do it is better than most. Mr. Mo, Cutty Cartel, and Polow aka Shawty Pimp are all clever lyricists with strong deliveries, which helps the listener to get past the cliched subjects.

The first song, Bandits, doesn’t necessarily display these talents, as it is somewhat disappointing, with good production but few other redeeming qualities. Then comes “I Know, You Know”, a players anthem with a twist. Each member of Jim Crow, plus Freaky T, tells a story of an experience with various hoes. True, this has been done a million times, but the humerous parts of the stories, a typically dope P.A. production effort, as well as the twist in the end (when the first hoe turns out to be the same hoe talked about in the last verse) all take this track beyond its average counterparts.

“Flaw Boyz”, feature Juvenile, again is typical hardcore anthem as far as the subject matter, but once again the clever rhymes and dope ass beat, this time coming from Mr. DJ, elevate this track to heights beyond what 90% of these type of songs could ever hope for. Juvenile, in particular, shines on this track, showing that he can rock a track that is far more fast paced and less bouncy than the usual Manny Fresh production we’re accustomed to hearing him work with.

A change of pace follows “Flaw Boyz”, as in “One Of These Days” the members of Jim Crow give a heart felt reminiscence of some of their deceased friends, perfectly tempered with the silky production of Jazze Pha. The song delves into some cliches such as “the good always die young” and “life isn’t fair”, but the specific references to their friends and the memories of the times spent with them simply confirms these cliches, rather than exploiting them.

Back on the player tip, Jim Crow teams up with the quintessential baller, Too $hort, in the humorous “That Drama (Baby’s Mama)”, in which each rapper goes into a story about falling for one of their friend’s baby mama before realizing who she is, and then basically telling him to fuck of as Mr. Mo says, ” Tell Chris I’m sorry, but I ain’t scared of him / And if he wanna trip, I got this infrared for him”, and proceeding. Once again, Jazze Pha, the best producer no one’s heard of, hits us with some of his trademark beats that are smoother and funkier than 99% of the others out there, just further enhancing the player theme.

Following this is “Crow 5”, a story track that would make even Slick Rick proud, with a clever concept of Crow 5 news station covering different events that are happening in East Point, College Park, and Decatur. ONP delivers the fast paced production for this track, and the lyricists of Jim Crow have no problem keeping up, displaying an almost Big Boi-like ability to spit lightning quick lyrics and still be easy to understand.

It is difficult to say why this album didn’t blow up, when Southern artists such as Drama and Master P, who has tired topics, no new twists on them, no talent, and sterile production go gold and platinum, while Jim Crow doesn’t. Still, that can’t take away from this album. Jim Crow essentially took standard rap subject matter and enhanced it by writing clever lyrics, using their skilled deliveries, and hiring top notch production. You would be hard pressed to find a better produced album, and you’d also be hard pressed to find a better party album than this on the shelf at a music store.