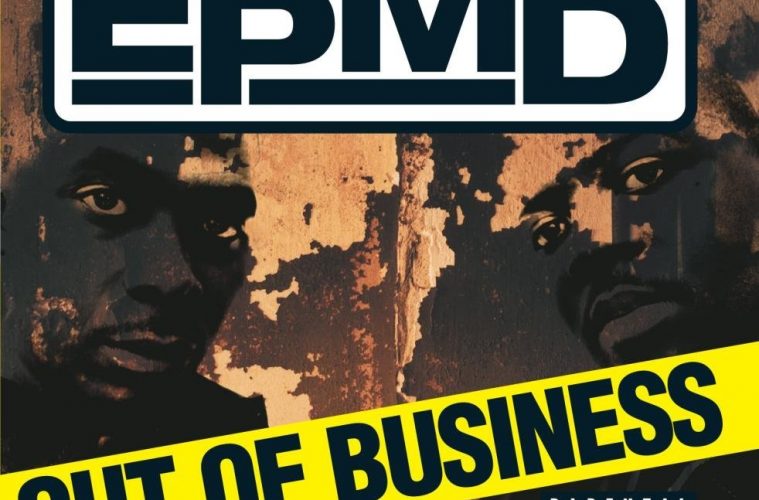 EPMD :: Out of Business

Redman’s humerous update of R. Kelly in “Symphony 2000” is dope, but after listening to their new album I have a different suggestion for how it should go:

It pains me to say this as a longtime EPMD fan, but they should never have gotten Back in Business. This album commits the most unpardonable sin of hip-hop that no hip-hop duo with four albums CHOCK full of hits should do – it drops one fat lead single to sell thirteen songs of filler. If you heard either version of “Symphony” by now (the original features M.O.P., the “2000” featueres Lady Luck, Method Man and Redman) you’ve already heard the best song on the album (they have the same beat, and the same first two verses from Erick and Parrish).

Despite the fact that EPMD manages to resurrect a few moments of their old heyday with a cover version of “Rap is Outta Control” featuring Busta Rhymes and a so-so “Jane 6” sequel, any buzz this caused is killed off by the insulting second disc. As if we didn’t already know that no EPMD “Greatest Hits” album could really be captured in under fourteen songs, insult is added to injury by the fact that Erick and Parrish +REMAKE+ their classic hits — apparently because they couldn’t license the original songs from the Sleeping Bag catalogue. You’ll notice. Stupid vocals are added that weren’t in the originals, references to “eighty-nine” are changed to “ninety-nine” and Parrish babbles incessantly about their new name, “Erick and Parrish Millenium Ducats”. They should not insult the intelligence of EPMD fans by offering us half-assed versions of their classics instead of the real thing.

In short, even if you were going to buy this album for the “remastered” classics on the bonus disc, you’d still be wasting your money. Despite a strong showing on the album’s first single, the album really reveals how outdated Parrish’s style is and why Erick Sermon left in the first place. Erick actually sounds too witty for these tired beats and tired references to cocking steel and peeling caps. He belongs in the Def Squad now, and if he’s smart he’ll forget that EPMD exists. Even so, if he was responsible for these beats, he shares some of the blame. This new album is not head-nodding. “Yo, I know you was a fan of mine,” raps Parrish in one song, and at least he got the past tense right. I was a fan of yours. So were the rest of us. EPMD is officially Out of Business.