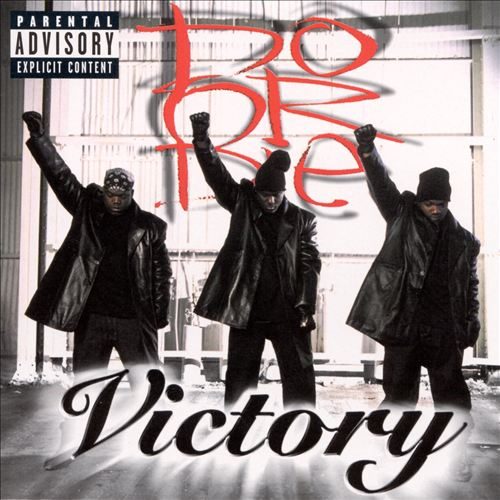 Do Or Die :: Victory

For any fan of 90’s hardcore rap, thoughts of Chicago will inevitably bring Do Or Die to mind. Ever since their gold debut album “Picture This”, Do Or Die’s Westside Chicago sound has epitomized the kind of harmonious thug melodies that draw (favorable) comparisons to Cleveland’s own Bone Thugs-N-Harmony. The downside of that is their biggest hits “Po Pimp” and “Still Po Pimpin'” are associated with guest rapper Twista’s rapid-fire delivery and the crooned hooks of Johnny P. With their third album and first of the 21st century, Do Or Die look to get bigger recognition on their own terms.

To that end, Twista does not appear anywhere on this album – there’s no “Even Mo’ Po Pimpin'” here. In fact, the choice of cameos is almost strategically designed to break expectations. Ja Rule appears on “Murderers, Pimps & Thugs”, “Ride” features 2Pac’s former click The Outlawz, and “Already Know” features E-40. The best guest though is relatively unknown female rapper Mo Unique who thugs it out on the lead single “Can U Make it Hot (Like This)”. Belo’s pimpishly flavorful rap-style matches well with the deeper voices of A.K. and his brother N.A.R.D. on this song; and the sung hook guarantees both radio-play and drop-top summer cruising.

On this long playing album (just over 60 minutes) there are an intriguing mixture of slugs and duds. The title track and “Keep it Real” with Johnny P are Do Or Die at their thugged out best; while songs like “Tha Heist” and “V.I.P.” suffer more from unimpressive beats than rhymes since the raps are relatively unchanged. This is Do Or Die’s strength and weakness – they blend well into smoothly produced tracks precisely +because+ their raps are generic. Ironically the one song where the lyrics really stand out is “Stay Focused”, a plea to God for help and guidance.

Do Or Die hasn’t released a bad album; but they haven’t released a brilliant album either. These smooth grooves and raps (contrasted only by the New York sound of “Murderers, Pimps & Thugs”) will put you in a relaxed state of mind to unwind even without the bud. One can question the longevity of this album but one can’t question that it will twist up car stereos and home speakers for any fans of the group or seekers of a laidback Chi-Town sound.