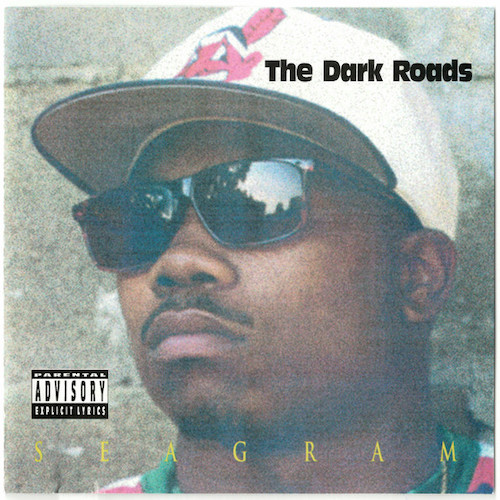 It’s a lot easier to write about rapping than to do it, but there’s nothing easy when writing about “The Dark Roads.” I’ve considered doing this review off and on for decades, and each time I got about this far and didn’t know how to say what comes next. I’m just going to bite the bullet, say fuck it, and tell you that Seagram Miller was murdered in a drive-by shooting in Oakland after this album was released. It has been 25 years and counting with no leads. The perpetrator is unknown, the case is unsolved, and there is no justice for the Miller family. They don’t have closure and after this long it’s fair to say they probably never will.

It sucks that many of the supposedly official uploads of “The Dark Roads” on services like Spotify and YouTube are straight up wrong. Try playing the title track and see if it sounds like the music video above. Unless they fix it after the publication of this review, I guarantee you that it won’t. It adds insult to injury when Seagram was trying to spit a literal message to “The Message” and that effort gets lost in the algorithm. People may wonder what the hype over Seagram is about and walk away confused and frustrated. One of the few I’ve found that matches up is “Wages of Sin” featuring fellow Rap-A-Lot artists Bushwick Bill, Ganksta Nip and Vell.

The only sure way to guarantee you’ll get the real song on YouTube is if there was a music video for it, and “The Dark Roads” only had a few. The best remembered may be “The Vill” featuring Vell, which often gets spelled as “The Ville.” You should actually trust the latter even though that’s not how it looks on the CD. Take a listen for yourself.

The top clip looks bootleg but it’s real. The bottom clip looks like the real deal but it’s way fucking wrong. It only takes half a second to realize how badly they screwed up when skits like “I Got Em” that are only a minute long are uploaded to YT as songs that are 3:48 long. That’s IMPOSSIBLE. How could you disrespect the deceased like that by screwing this up so badly?

It’s my anger over this situation that finally got me over my sorrow over what happened to such a promising young Oakland rapper. Seagram was a perfect fit for the expanding Rap-A-Lot roster. He was streetwise but intelligent. He let you know he wasn’t a joke, but he also warned young brothers not to follow in his footsteps. He told tales of what goes down in “The Vill” without glamorizing the grimness that unfortunately consumed him in the end. It’s even argued by some (I think fairly) that he and Gangsta P pioneered the “shizzle” rap style on the opening track “Straight Mobbin.” I found an unofficial upload that had the right song.

The biggest tragedy of all is that Seagram was gunned down for seemingly no reason at a point where his career had nowhere to go but up, leaving his family grieving and another young brother shot dead in the street. The lesser tragedy is that this album is now out of print and as you might expect it fetches exorbitant prices used. I normally wouldn’t tell you to spend the kind of money “The Dark Roads” but in Mr. Miller’s case it’s worth it instead of relying on automated uploads to streaming services that really aren’t doing his legacy any service at all. Hopefully at some point there will be a Record Store Day re-issue with a digital download and his kinfolk can receive all of the proceeds. They deserve that and so do the rest of us. Rest In Power Seagram Miller.