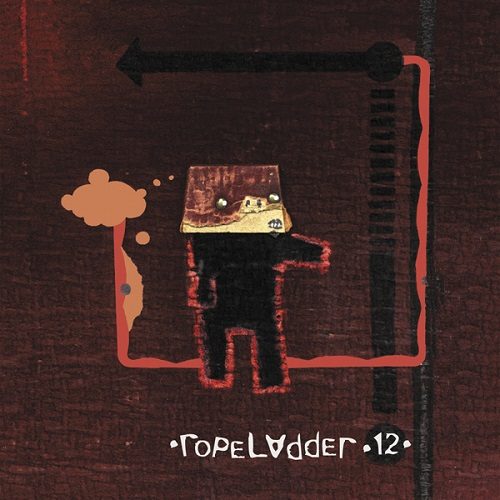 First there was Kids, then there was Gummo, then out jumps Anticon – and now, we have the label Mush – the latest in enjoyable weird shit to hit the underground scene. This particular scene is special because the only acts involve caucasian artists. The “play that funky music white boy” hip-hop scene. Sure, close your eyes, minds, or any other orifice that may be exposed to the “devil.” Kill that noise! As long as you can rock a mic, backspin, bomb a rail car, or trick the tables that turn, LOS is down wit’cha.

Back to the music at hand; these cats are definitely pushing the envelope of MC-abilities. “Ropeladder 12” could have come out next week or last year and heads would still be scratched in confusion as to where the hell these vibes are coming from. Allow me set the mood for what is expressed in this venture. Remember when Della Reese was getting in Eddie Murphy’s ass in Harlem Nights? You know the fight scene in the alley where she was jabbin’ the shit outta his jaw. Anyway, she was telling him, “… you ain’t got to like me, but you gon’ respect me!” That’s the attitude set forth by the artist on “Ropeladder 12.”

You will get jabbed a few times by the tracks on this piece. Assembled for optimal listening pleasure. Jel, So Called Artist, Aesop Rock, reaching quiet, Lulu Mushi, DJ Signify, the pedestrian, Fat Jon and the Five Deez, Radioinactive, Nickodemus, Apani, DJ Osiris, Mr. Dibbs, Labtekwon, Boom Bip, Slug, Revolutionary Ink, and Doseone contribute nicely to the ever-expanding realm of Hip Hop. You get the full gamut on the plates: free verse to spoken word, downtempo to acid jazz, stabs to breakbeats, and a few kids playing hop-scotch. You get it all expressed to the fullest from legends to up-and-coming attractions.

If you’ve been watching Channel Zero for a while, I’m sure something from this compilation will jar your conscious side and give it a good smack. Or as The Pedestrian would say:

His lyrics from “Dead Beats, Generation Of” are escorted by the screaming of a harmonica and introduced by the whaling of a guitar. You get a traveling hobo feeling from his piece. Speaking of Hobos; the 1200 crew represents as always with some tasty ish for you to get full on. While Mr. Dibbs may be the most celebrated one out of the crew, don’t sleep on the efforts put out by DJ Signify, DJ Mayonnaise, and Boom Bip. Just as ill-regular as the vocal jams, the instrumental collages follow suit. Lulu Mushi gets down with the boys with the aptly titled “I Dream (Tranquility)”. If you don’t get lifted to another state of mind from this jam, maybe you should stop, drop and roll. There is nothing but niceness here homey, real nice.

There is no middle ground when it comes to Dose One. This cat functions under a different set of guidelines. It’s usually a good thing to not allow words to just roll of the tongue as they manifest themselves in our psyche. Dose goes against that philosophy. Words and thoughts are more than happy to just jump out of his mouth on “Inventors Cry.”

“Ropeladder 12” takes you up, ties you down, and causes you to look out with a new set of ears. When the time comes it will stated that one of those hidden gems was birthed under the Mush label. Here is a project that brought together various expressions of the same style – expressions that expanded the ground under your heavy feet and swallowed you whole. Before you become totally gimp-a-fied, sample some tracks from “Ropeladder 12” and get out that jiggy-ass coma you’ve been in for far too long.