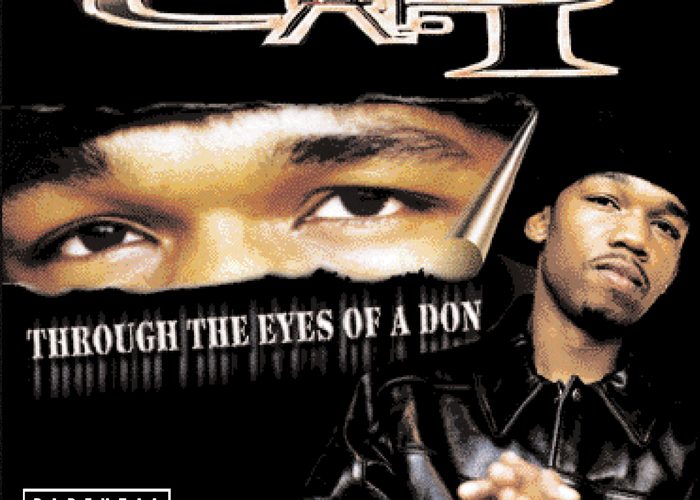 Cap One: Through the Eyes of a Don

First, let it be said that I never purchase an album that I don’t expect to be very good. I also don’t go in with too high of expectations. This way, I try to give the album a chance to grow on me, and I don’t think it’s trash if it’s not a classic. The only song I’d heard from Cap One was the club rocking single from this album, “They Luv Dat”. While the subject matter in this song is about as tired as it can get, I realized that the purpose of the song was to get the club crunk, and it succeeds in that. Upon looking at the guest list I realized that Jazze Pha, one of my favorite producers, and Canibus, one of my favorite rappers, both appeared. This is essentially what made me decide to pick up the album; I figured if he got these cats to appear, he must have something going for himself.

So, hop in the car, pop it in, the first song I listened to was “Thug In Your Life”, featuring Jazzy Pha (both singing and producing). Production is dope, with pianos and violins included in the loop. The lyrics are… generic, to say the least. Then he says “Niggas be on my dick, have to tell them ‘Get a style of your own'”. Funny, coming from someone who sounds like he’s trying to be a cross between Twista and Do or Die.

I listened to a few more songs before realizing that Cap One is fixated ONLY on thuggin, balling, and flossing, nothing else. He is unable to write clever raps on these topics, making it even worse. The saving grace of this album is basically the appearances from Canibus and Twista, both of whom completely upstage Cap One in the songs they appear on. Canibus easily has the illest verse on the album, which isn’t saying that much, but it’d be ill on ANY album. Twista isn’t TOO far behind, showing Cap One how a lightning quick Chi Town rap is supposed to be done.

Now, as if his contrived style and stale topics aren’t enough, Cap One may be the biggest fronters I’ve ever heard. Peep this line from “They Luv Dat”: “They call me Strobe Light; cuz of the way my ice shine when I blow mics.” As if the general wackness of this line wasn’t bad enough; the fact is that he doesn’t really have any ice to speak of. He’s got one little earring and one little ring on his CD cover – not even a chain. I mean, one of Jay-Z’s bracelets is worth more than all of his jewelry and his wardrobe combined; Baby’s grill is more expensive than his car was; Slick Rick’s old school gold chains weigh more than Cap One does. If your gonna floss in your raps, you’d better actually have some jewels in real life.

The title “Through The Eyes of a Don” is also problematic. Aight, news flash: a “Don” is a mafioso figure. So why are all of Cap One’s raps about thuggish gangsta shit? Why are all the clothes he wears in the book thug clothes? If your gonna do the mafioso thing, do it right. Look at Biggie. He was wearing real suits, even carrying a cane in the “Hypnotize” video when he switched from the street thug image to the “Black Frank White” persona. But aside from fashion, he doesn’t even write mafioso raps, he writes wannabe gangsta raps. So why wasn’t this album just titled “Through The Eyes of a Thug”?

Damn, if you can’t tell, I’m bitter. But I will say some good things about Cap One. He does have skills. He has nice flow and delivery, contrived as they may be. He just needs to work harder on writing his lyrics. All in all, this album bored me. The beats are decent, excellent in a few rare cases, but the topics are just so used up, and this album doesn’t offer any new spins on them, or any clever wordplay/stories when speaking about them. Actually, this album should be a hit with anyone who enjoys listening to Drag-On. He parallels Cap One in more than one way, but most of all, in this way: both are young “thugs” spitting a lot of wack rhymes about standard ass shit who’d better steer clear of Freddie Foxxx at all costs.

Cap One: Through the Eyes of a Don
5.5Overall Score
Music7
Lyrics4