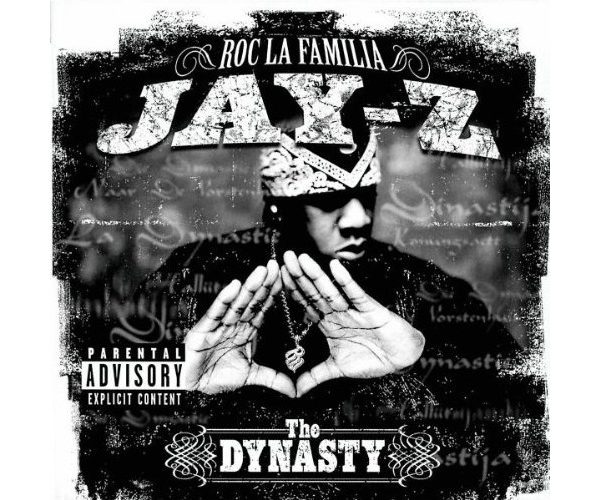 Perhaps “Pain In Da Ass” finally lived up to his name; but if you’re expecting to hear his stank ass yell “OKAY, I’M RELOADED!” at the beginning of Jay-Z’s new “Dynasty” your ass will sadly be mistaken. In fact, new beginnings seem to be the theme throughout this album: a new direction for Jay Hova (call him Jay Peso), a new life for his Roc-A-Fella Records, and a new chance for his labelmates to shine.

By billing this as a “Jay-Z” album in the first place, Jay is affording Beanie Sigel and Memphis Bleek a chance to convert Jigga fans who weren’t feeling their debut albums; and best believe that they take advantage of the opportunity. Some heads might be crying “FOUL!” to this deception, but it’s not as large or aggravating as it could be. Of sixteen tracks, Jigga has five performances which could be called “solo” lyrically (he’s the only rapper) and on the rest the crew do not overshine Jay or disrupt the album’s flow.

A good example is the album’s second track, “Change the Game.” Even though Beans and Memph both have raps on this song, Jay starts and ends the track with the best flow and lyrics throughout. Most surprisingly, Memphis (previously the weakest of the three) doesn’t embarass himself on the cut – in fact he sounds most improved throughout the album. Rick Rock’s chunky beat will have whips hopping from coast to coast; just like “I Just Wanna Love U” with The Neptunes already does. Any way you split it, the first four tracks of the album (including a sequel to “Streets is Watching”) will not be a letdown to his fans.

What may catch people off guard is the surprisingly personal and emotional touch of “This Can’t Be Life” by Jigga, Beanie Sigel, and Scarface. The latter’s verse proves yet again why he is one of the most powerful and underrated rappers of the entire past decade:

“Prayin for young souls to laugh at life through the stars
Lovin your kids just like you was ours
And I’m hurtin for you dog; but ain’t nobody pain is like yours
I just know that Heaven’ll open these doors
And ain’t no bright side to losin life but you can view it like this
God’s got open hands homey, he in the midst
of good company, who loves all and hates not one
And one day, you gon’ be with your son”

Even when you expect the album not to click, it somehow manages to exceed your expectations. What might seem like a strange combination of Jay, Memph and Snoop Dogg on “Get Your Mind Right Mami” comes off incredibly smooth and pimpish. Even though DJ Clue is obnoxious to a tee, he quickly steps out of “Stick 2 the Script” and lets Jigga and Beans rip the beat. Jigga’s “Guilty Until Proven Innocent” features some hardcore “R&B Thug” type singing from R. Kelly and is a sure choice for the next single. Rick Rock returns for another production on “Parking Lot Pimpin'” which may even fool people into thinking it’s a Dr. Dre outtake from “Chronic 2001.”

By far, the best showcase of Roc-A-Fella’s talent on this album is the humerous “1-900-Hustler” by Jigga, Memph, and Free. Beans acts as the “operator” for their Pushers-R-Us hotline between verses and tells off a wannabe pimp who asks for advice what to do with his “chickens” when he says “Get a job! Holla at Perdue!” If you’re not already smiling at this joke; nevermind.

Towards the end of this album, Jigga drops another song that will be giving people “This Can’t Be Life” style cold chills. In three verses on “Soon You’ll Understand” he breaks down relationships with a best friend’s sister, a baby’s mother, and a mother with a trife son running the streets. Just Blaze’s track whistles like the wind on an abandoned street corner and sets the perfect ominous tone for Jay to personify tragedy. If every song on this or ANY Jay-Z album was this ill, there would be no point asking the question whether he was better than Biggie or Nas.

Sadly, not every song is. On “Squeeze 1st” he seems to be sleepwalking through a mediocre beat, and on the over-ambitious “You, Me, Him and Her” the entire Roc-A-Fella (including Amil) spits venom with no bite. These tracks are the exception though and not the rule. When you listen to Jay-Z’s “Dynasty” you may be slightly dissapointed it’s not a true Jay-Z solo, but there are enough highlights on this reel to rock Sportscenter from now until next season. Until then, this will do nicely.