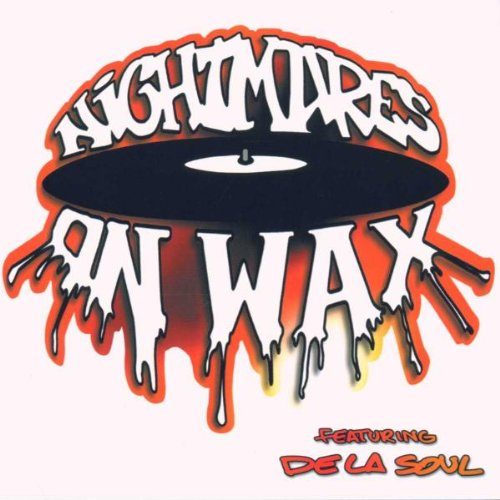 Admittedly, I was drawn to this EP by the low price ($3) and the promise of a remix featuring De La Soul lyrically. On that basis, Nightmares On Wax already succeeds. The “Keep On (86′ Init Mix)” has a mid to up-tempo groove that features some classical De La style lyricism.

Who exactly the Nightmares On Wax are is a little less clear. They seem to consist of two producers named Evelyn and Firth (the only names which occur on the liner notes on four out of six tracks) whose sole goal is that of giving you the groove. In a collective sense, they come off a bit like the Brand New Heavies. The slyly funky “Finer” featuring vocals from Sara Winton and the DJ Food remixed “Dreddoverboard” are for the mellow zone. In fact, one might say this album would make perfect background noise at a coffeehouse – relaxing, but not too overpowering.

Ultimately, this album does not fit neatly or strictly in a hip-hop category apart. It comes much closer to acid jazz music; and as such it’s quite good. The hip-hop feel is strongest on both versions of “Keep On” and the Rae + Christian Mix of “What I’m Feelin.” Old school heads in particular will appreciate the samples and scratches in this song. Open is the key word here – open-minded. Three tracks are mellow, and three are strong, but they’re all mad nice. Even at a slightly higher price, this EP would be just as nice – the biggest drawback may be that it’s too short.

The ironically named Nightmares on Wax is far from a bad dream – they’re more like a sonic slumber in Wonderland. Don’t be afraid to trip their sound fantastic.