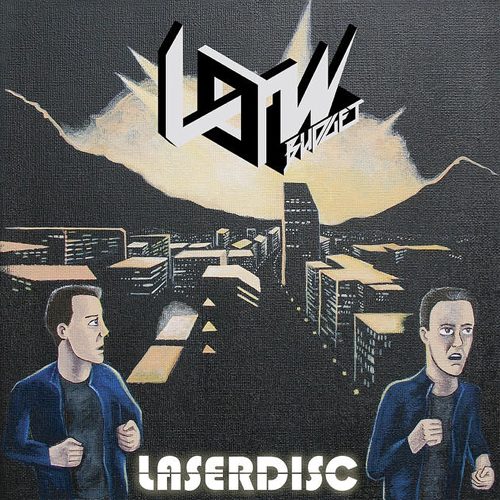 Melbourne. An apparently wonderful city, full of culture, vim and vigour not to mention an utterly thriving music scene. If Sydney is the figurative head of Australia, Melbourne is the musical heart. Yet, right now, music must be the furthest thing from their minds. As you may be aware, bush fires have been coursing through the state of Victoria – due to a combination of Mother Nature and, more shockingly, arson with hundreds having been killed. Melbourne itself may not have been physically harmed, but everyone in the area is in a state of disbelief at the sheer scale of the tragedy. I am due to be in Melbourne in exactly two months, and I can’t wait to sample the city in all its delight, yet I shall pay my respects to those that have been affected.

Hailing from Melbourne’s musical melting pot is a group that have, apparently, been making steady inroads over that past few years, Low Budget. Consisting of DJ/producer Debonair P and the MC, Gentleman Gene, they bring to the boil a stunning musical time capsule that draws inspiration from the soul and funk of the 1980s, without simply aping it, all the while somehow making it utterly relevant in a way that recent American hip hop groups have struggled to manage over the course of an LP. There are barely any standout tracks since the whole body of work flows together almost seamlessly. To put it more bluntly, if DJ Shadow had released this, everyone would be all over it sonically, it is THAT good.

Take a sprinkle of hip hop, a dash of disco, stir in some good old-fashioned funk and garnish with lashings of booty-shaking bass. DJ Debonair is possibly one of the production finds of the past five years – GLOBALLY, that is. He carefully pieces together a flawless masterpiece that sounds reminiscent of so much (think George Benson, Chic), yet entirely unlike anything else you’re likely to find. Even the musical interludes, that frequently last no longer than twenty-seconds, sound better than most singles. There are no weak points, even the scratching is excellent and on point. “Laserdisc” is an LP that could grace any situation – house party (warm up, warm down), sunny coastal drive, an iPod-friendly stroll under the bright lights of Tokyo or New York… It is irresistible.

As far as the lyrical side of the bargain goes, well there isn’t that much to report. Gentleman Gene sensibly steps aside – even though he raps on every track, bringing a few smart concepts to the table (such as “2082”), he doesn’t try to compete with the music, instead choosing to blend in. In fairness, he doesn’t drop the ball and, as a solid yet unexceptional MC, only a few rappers could come close to matching the sonic landscape – like, errrr, Nas. In fact, if Nasir Jones or Lonnie Lynn had any sense, they would try to hijack “Laserdisc” producer DJ Debonair and lock him in their basements. This isn’t any form of disrespect to Gentleman Gene – it is just that Debonair has pulled out his A-Game for this album. Generally, this is something for the music lovers, not the lyrical hip hop heads (you can barely HEAR the MC on “Cool Out,” save for the chorus). It also indirectly reminds me of Cut Copy’s album “In Ghost Colours,” another stunning journey back to the future of the 1980s. They may inhabit entirely different genres, but they both play perfectly from start to finish, provide superb melodic synths and have an uplifting aura about them. Cut Copy provide a better listening experience due to the brilliant vocals, something that is certainly lacking from what almost feels like “Laserdisc: The Instrumentals.” Yet Low Budget’s album flies by, clocking in at under forty minutes, and you will reach for the repeat button, have no fear.

One of my best friends is a doctor – not in the “Dr. Dre” sense, he saves lives in intensive care. He once said something that I initially disregarded as insincere flattery. He told me that yes, as a doctor, his job involved curative medicine, healing the patient. Yet, he honestly considered my role in the music industry as preventative medicine, and providing hardworking people with genuine stress relief. He even went as far as to call me and those of my ilk a “healer” – and just as important as him. Of course, I took this with a pinch of salt – it was a lovely thing to hear, but untrue. I’m no hero, I have never saved a life. Yet, as time passes, one comes to understand that music is one of the greatest healers of all. It can uplift those whose spirit is broken; it can set a soul free from pain; at the very least, it can make you forget just how bad your life may be, and get you to tap your feet in rhythm. Whilst Low Budget may not save any lives directly, this remarkable album could provide relief to anyone in Victoria that is suffering. “Laserdisc” could give just a glimpse of the light at the end of the tunnel – the incredible funk will draw a smile, the joy of the bouncing rhythmic patterns will get you moving, and the album works in virtually any circumstance. “Laserdisc” may not physically help to heal a scar, but it could help to take you to a glittering place in a far away galaxy, diverting your mind and making your soul soar to a higher plain.