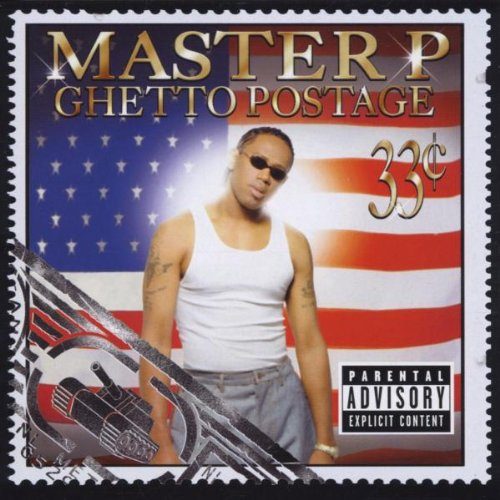 Where you at whodi? Somebody forgot to update the page whodi! If you checked out No Limit’s site recently (probably not, it’s kind of boring and obviously out of date) you might see that Mystikalstill has his own page. Master P certainly doesn’t seem to think he’s down since leaving though. He doesn’t mention the gruff-voiced one by name but he certainly seems to be calling him out at least twice on the album. During the the “Intro” he says, “And all the fakers, we done got rid of ’em (they gone). If it don’t say No Limit on the back of their records (don’t fuck widdit) they ain’t wid us, YA HEARD? (Don’t ask me shit about ’em!)” He gets more explicit though on “The Real” when he drops into his accented “Don” voice to explain thangs his way:

“How you talkin bout you ain’t with No Limit no more man?
Won’tcha bring back the Tank then whodi?
You ain’t gotta bring it to me I know you’re scared
Mail it to me! What you keepin it for, protection?
Whattya gonna do [with] the tattoos puto?
Cover it up with a rose? That’s somethin some bitches would do”

While it would be interesting to question Master P if he meant who we think he meant and why – or even ask Mystikal if he’s going to respond to it – the new album “Ghetto Postage” is what’s at stake here regardless of any feuds. Typically P leads off his new albums with a hot single, and “Souljas” on his newest release is no exception.

“In God we trust nigga; I ain’t got no friends (Ya heard?)
Souljarettes, they love, money and ends
You need some work? Meet me in the bricks nigga
You come short? I’ma wet your shirt nigga
It’s like Vietnam on the ghetto in these streets
You die how you live, the strong eat the weak”

The lyrics are almost inconsequential to this one though. What really makes this song work is an eerie backdrop of harmonized voices chanting “la la, la la” and a catchy chorus built like a call and response military chant. Check for the video too; it’s noteworthy for being a computer animated (think “Toy Story”) epic of Master P commanding a REAL army.

Surprisingly for a Master P solo album, guest appearances are few and far between – and mostly in-house (from the record label). Snoop Dogg shows on the G-Funkish “Poppin’ Them Collars” (somebody does a dead on impersonation of George Clinton), Magic shows up to growl his way through “Pockets Gone’ Stay Fat”, and Krazy turns in a Tupac-esque performance on “Would You.” The latter is the weakest of the three, owing to a weak hook and an uninspiring beat by Ezell Swang.

Hot tracks occur throughout though courtesy of heads like Carlos Stephens, Myke Diesel, or Suga Bear. Some artists have a rotating roster of hot beatmasters provide the funk, but No Limit (other than Snoop Dogg) stays almost entirely in house. That makes the choice of who laces the sound critical, and some have said it just isn’t the same since Beats by the Pound hung up their tank emblems and left. There are plenty of head-turning songs for rolling your car down the strip though such as “Twerk That Thang”, “My Babooski” featuring Tamar Braxton, and “Bout Dat” with Silkk the Shocker. This is the epitome of a Master P album – instead of relying on the strength of his lyrics (sometimes he’s on fire, sometimes he’s REALLY bad) he relies on capturing that Dirty South sound ya wanna hear.

Master P changes his identity throughout the album, going from ‘The Ghetto Bill Gates’ to ‘The Black Slim Shady’. His best known identity though is Mr. Make ‘Em Say UNGGGGHHHH. The guttural moan of ghetto pain can be heard throughout, but it’s not as prevalent as it’s been on past Master P or No Limit albums. Some will view that as a blessing but this reviewer actually misses it a bit, as it has been No Limit’s most famous trademark next to that tank logo. .P represents the tradition gangsterous themes though – flashing the “Golds in They Mouth” and dealing with the “Problems” of the hood while trying to find a “Soulja Boo” who will keep it real. This album shouldn’t have any “Problems” selling in stores though – P has shown an incredible knack for getting No Limit’s thuggish Southern rap songs to cross over in the mainstream. P sticks to themes and with 19 songs on the album, he has more than enough chance to get hot; he catches that heat on more than half. It’s not a risky or an innovative album, but the fans of the Tank will keep rollin.