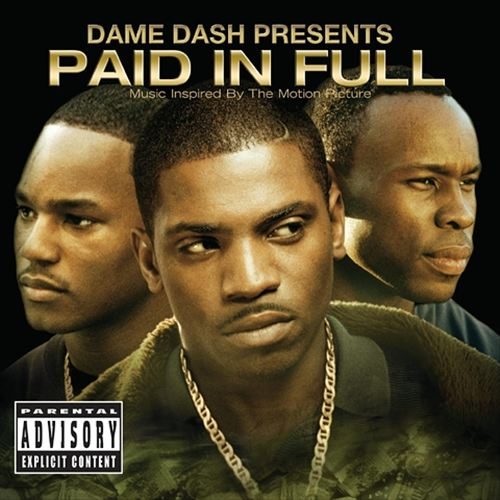 Like the recently reviewed “GTA:VC Volume 5” soundtrack, “Paid in Full” is a compilation of vintage hip-hop cuts from the 1980’s; although the former focuses on the early (and occasionally more obscure) 80’s while the latter’s includes what could be called “Golden Era” hip-hop.

Not surprisingly the album’s first and title track is the legendary “Paid in Full” by Eric B. & Rakim, though fans may be dissapointed to learn it’s not the version with Ofra Haza’s seductive singing of a Yeminite folk song. Other jams sound as hard now as they did then: “The Show” by Slick Rick & Doug E. Fresh, “New Generation” by The Classical Two, “The Bridge is Over” by Boogie Down Productions and “I Got it Made” by Special Ed.

For better or worse though, these songs are “presented” by Brucie B; which also involves the notorious Funkmaster Flex technique of re-starting the track and repeating key phrases. While “Vice City” gave unfiltered and unadulterated cuts with Mr. Magic only occasionally making announcements between tracks, “Paid in Full” features Brucie B making inane and inappropriate comments during classic raps. These songs are still classics, but after hearing so much of B you’d rather pull out the old album or 12″ and not have to listen to somebody blather on the beat.

The rest of the selections are somewhat odd, at best. “Gangsta Shit” features a new generation of rappers like AZ and Pretty Tone Capone rhyming to an old school rap beat, but Brucie B still can’t keep his mouth shut. I question why this imitation Juice Crew song was included instead of a classic jam from Ultramagnetic or EPMD. I’m sure funk fans will appreciate hearing the heavily sampled songs like “Fool’s Paradise” by Meli’sa Morgan and “Before I Let Go” by Maze and Frankie Beverly, but again B keeps running his mouth and unlike a true hip-hop artists he’s not “rapping” to these beats. The weirdest thing of all is hearing B blather over Phil Collin’s “In the Air Tonight,” which is the strangest song of all to hear on an ostensibly hip-hop soundtrack in the first place. I can only hope this song was actually used in the movie (which I never saw in theaters).

The sad part of this soundtrack is that even though it mostly recaptures the vibe of late 80’s hip-hop, it only covers a few of the bases and leaves out hundreds of gems. With only 10 tracks, it’s obvious they could have spent more time covering classic rap songs; that is if they didn’t let Dame Dash and his friends talk for over TWENTY-SIX MINUTES on the untitled 11th track. They could have fit at least eight more rap songs (given a typical length for 80’s songs) uncut and unfiltered (with no talkovers, stops and repeats). Does anybody here besides me think there’s no reason to let this wannabe Jesse Jackson push his hip-hop Operation PUSH on the unsuspecting buyers of the album? I guarantee you this is the one track on this album that WON’T be bootlegged. “Paid in Full” features too much talk – too much talk over the songs by an obnoxious DJ, and too much talk at the end that wastes good space better used for quality hip-hop. Most people probably bought it for the Roc-A-Fella Mixtape bonus disc anyway; that’s good, because the soundtrack itself ain’t worth it.