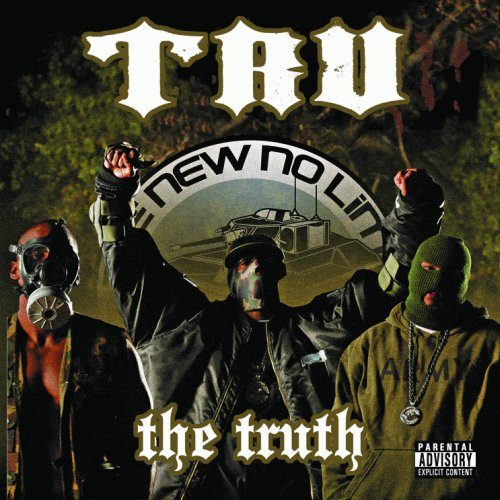 You can say whatever you want about Percy Miller. You can try to criticize him for the ignorance and gangster element of his music. You can try to ridicule him for his flamboyant Pen and Pixel album covers, his flooding of the market, the fact that he hasn’t changed his formula, and the fact that in the last couple of years he has switched distributors twice. You can try to bring him down any way you can, but you can’t argue against the facts. Like it or not, Percy Miller is one of the most important men to ever impact Hip-Hop. Maybe his impact isn’t as an emcee, but as a business man P changed the game completely. His work ethic and marketing opened doors not only for the South, but for every artist or producer who has managed to ink a deal for their own record label. He made the most gangster element of rap not only a viable commercial product, but the most viable and popular product out. If you want to go a step further, P’s entrance into the game marked what has become a rap explosion in mainstream media. And yet, with all the man has given to the game, some people refuse to give him the respect and props he deserves. Well thankfully, the man with the resilient work ethic and drive has an equally resilient ego and doesn’t care what you think about him. He came up in the game giving the world his pure, unadulterated perspective of the world and “The Truth” is just another chapter in his odyssey.

“The Truth” is not a Master P solo album, its actually the 4th album from TRU, a group consisting of P, Silkk the Shocker, and C-Murder (Though C finds himself in jail at the moment). But as with all No Limit releases, past or present, it could be seen as “Master P Presentsâ€¦” with all of the No Limit family along for the ride. Newcomers Halleluyah and Afficial represent heavily, while Silkk and Lil Romeo make only limited appearances. Production is handled by Drumma Boy, with only 3 tracks being contributed by other producers.

Since No Limit lost Beats by the Pound, now known as The Medicine Men, production has been the main problem on their releases. With “The Truth” it seems the label has found someone who can handle the boards efficiently. The lead single “Where U From” features a pounding beat and a driving horn riff and is your typical “get buck” Southern song, though it’s done well and very catchy. “Photo Book” is almost the complete opposite, as Drumma Boy tackles the chipmunk soul approach for the hook. “Street Army” is another good song with a march-type beat and an nice layered trumpet scheme that makes the track sound like a real war chant. “Welcome To New Orleans” takes the classical music approach, basically dropping a beat under a classical sample. Once again it’s nothing groundbreaking, but it’s solid music for the group to rhyme over. This trend continues throughout as Drumma Boy is a good producer but not here to change the game, and there is nothing wrong with that. There are a few bad tracks, such as what sounds like an attempt at Lil Jon’s crunk production on “Go Off,” but overall Drumma Comes through nicely. The guest production ranges from solid to mediocre. Bass Heavy’s production for C-Murder’s solo joint, “Stressin’,” is the perfect murky beat for C’s flow. Myke Diesel’s “Here We Come” is simple but effective. Kaos’ production strikes out on “You Ain’t Saying Nothin’ ” and leads to one of the album’s worst tracks.

Lyrically, No Limit was never the most complex camp out, especially in regard to Master P, but this release shows a few promising artists. “Photo Book” showcases the Miller family reminiscing and finds Lil’ Romeo holding his own and actually stealing the show from P and Silkk, showing he may be more than a kid rapper. C-Murder’s performance on “Stressin'” is an acquired taste, but his slow and almost creepy delivery is on point and makes his lyrics seem better than they really are. Halleluyah and Afficial represent well, especially Halleluyah who has the most appearances on the album after Master P. On “Ride,” he spits:

“Ayo, I’m drama involved
The heat come out, my problem get solved
You better duck down dog, or fire back boy
Gangsta shouldn’t even be in your vocabulary
Most niggas be shook, one shot will drop an adversary
Yo, I’m coming with goons, who fight like the wild west at high noon
While y’all trying to sell sex like Loon
Get real in the game of life
Niggas get killed if they aim ain’t right, or if they game ain’t tight
Young soldier buckle up, niggas change at night
Put something hot in your stomach, to change your life
Make moves or get left behind
Move wrong and your soul move on from a tech or a nine”

Overall it may be your typical gangsta lyrics, but it’s few clever moments and Halleluyah’s flow are enough to make it better than most gangsta rap out. Afficial has a raspy voice and a flow almost like ex-solider Fiend, which makes his lyrics sound better than they would coming out of a less menacing emcee:

“Ayo, look I never liked the navy so I joined the army
Been rocking my soldier rag since they made Atari
Most beat the bitch niggas, don’t like it then draw
I got an eye problem, can’t see me fucking with y’all
I know I said it once dog, now I’m saying it clearer
If you wanna see a bitch nigga then look in the mirror
No Limit is an army, we soldiers til we die
Pistol Pete give me the word and you know I’m gonna ride”

Master P’s contribution to the CD is what is expected, though it should not be measured by his flow or the complexity of his lyrics, instead one should appreciate the truth that P brings to the table. On “Street Army” he drops this monologue:

“I know y’all street niggas out there that appreciate a nigga coming from the muthafucking hood and doing something else, but y’all young niggas that’s taking the game and fucking it up, nigga I was out there hustling before most of y’all mothafuckers was in school, ya heard me, kids under me, children, glorifying getting shot , real niggas dodge bullets, banging on wax, man niggas dying in the hood man behind money, motherfucking the rap game fucking it up, then the snitches fucking the dope game up man, I’ma bring this shit back to reality though, ya heard me, don’t make me pull my belt off and whoop one of these little bitches.”

It’s not aimed at anyone in particular, but it is an honest assessment of the rap game today. And if anyone has a reason to be upset it’s Master P. He did help make gangsta rap popular, but he didn’t glorify his lifestyle to help it spread, he was only giving the world a perspective on his life and the struggles he faced. “The Truth” delivers what it promises and P’s recent gun charge (though a damn shame) should only provide further prove for the haters and skeptics that P is not and never was a novelty.

At the end of the day, truth and honesty is what makes TRU worthy of your purchase over other acts out. There are a few bad tracks, such as the sex odes “Shake It” and “Sea Saw For Me,” but overall Drumma Boy comes through with good beats and TRU comes through with honest lyrics that are delivered well. If you want complex lyrics or dislike gangsta rap then “The Truth” is not for you, but P recognizes that and quite frankly he gave up on fans like you a long time ago. But if you appreciate good beats, honesty (however harsh it may be), and emcees who flow their asses off then “The Truth” is catered perfectly to your needs.