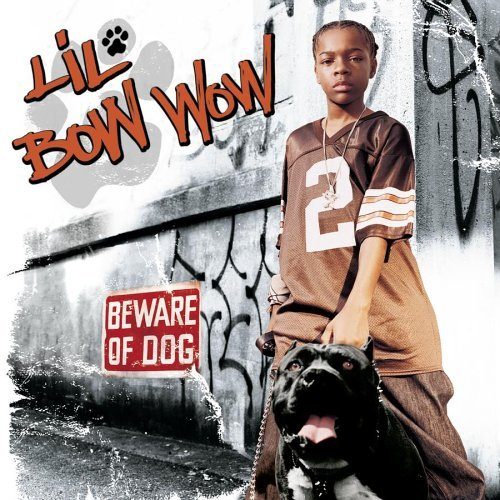 his review could start off with any number of tired metaphors or cliches. One could say he’s the littlest dog with the biggest bite, for example. I’m sure with his choice of rap nom de plume, this pint-sized powerhouse is already tired of being cutesied to death. Like Young MC, his handle may end up reflecting irony if he sticks with it much beyond his 16th birthday.

Out of respect to the ‘dog’ then we will refer to him as simply Bow Wow for the rest of the review; because in this review it serves him well to acknowledge the fact he is a big baller in rap right now. In fact, with this well-produced and executed album, Bow Wow probably has a long career ahead of him in hip-hop. If mentor and producer Jermaine Dupri steers him in the direction Da Brat has taken and away from a dead-end road like Kris Kross, he will be putting in work.

J.D.’s touch for making hit tracks is already evident in the lead singles “Bounce With Me” and “Bow Wow (That’s My Name)” but without Bow Wow’s humerous touch to his raps, all that work would be for naught. In fact, Bow Wow mocks his own age and the hypersexuality of hip-hop in “Puppy Love” when he says, “So if I told you somethin shorty, I’m takin that back; cause I’m just too young to get down like that.” Bow Wow is obviously old enough to know what gettin “down like that” would mean between the sheets, but he is clever enough to keep his raps from reflecting the same old rah rah of his older contemporaries.

The thing that works about this album most though is the appeal of the tracks to all hip-hop audiences. The techno-electrical swing of “The Future” with R.O.C., who also does a dead knockoff impression of Jay-Z on the bouncy “This Playboy.” There’s really not a bad song on the album – from the rolling hood anthem “You Know Me” with Da Brat to the sassy solo flavor of his songs “Ghetto Girls” and “You Already Know” Bow Wow keeps his flow intact and stays in time with the beat to a tee. The only thing that anybody could hold against Bow Wow would be the youngness of his voice in rap – it will be interesting to see how he sounds when (not if) it deepens an octave or two.

It’s also worth noting that his entire CD is radio-edited here – not really because of his raps but because guests like Snoop Dogg drop guest verses which would be a little heavy on profanity for the younger people who are a part of his audience. This clearly is a clever marketing move, but it’s not unexpected or disrespectful – Jermaine Dupri is obviously trying to keep Bow Wow as accesible as possible and this gets his album in as many stores as possible. Bow Wow’s only profanity seems to be an occasional “n*gga” that gets excised from the acapellas before they are mixed down with the beats. And for the beats alone, this album would be a good purchase. Dupri himself may be a terrible rapper, but he makes catchy songs and he knows how to sign talented artists to his label. Bow Wow will represent So So Def well into the 21st century.