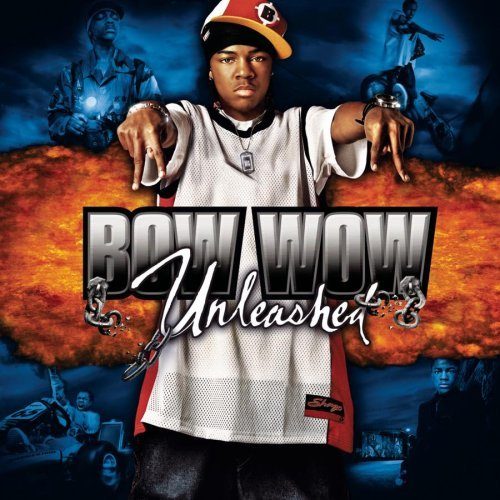 The artist formerly known as Lil Bow Wow is not so little any more. He’s older (16), a bit taller, his voice is deeper, and on occasion he even calls himself “Bow Weezy” now. The impression one can derive from his new album’s title “Unleashed” is that he’s quite literally off the chain. No handlers leading him around, writing his lyrics, or sculpting his image. That’s fiction of course – he has been a carefully crafted recording industry product ever since “Beware of Dog” in 2001; albiet a relatively inoffensive one that’s pleasant to listen to.

Still whether it’s a contrived image or a concerted effort to show his advancement, Bow Wow has certainly updated his material to show how far he’s come since the days he was “Lil” and Jermaine Dupri was his chief producer. The heavy hitters of hip-hop have been brought in to bang out the beats. From Swizz Beatz to Jazze Pha to The Neptunes to Lil’ Jon, the album’s 13 tracks are almost all consistant with the sound of today’s urban crossover hip-hop. To solidify the case for change, Baby guest stars on the Jazze Pha produced lead single “Let’s Get Down.” Annoying bird calls aside, it is a catchy song about Bow Wow trying to catch a little punani:

“I know a girl named Keisha, she’s no groupie
But far from a stars, 22’s made her choose me
Like ooh-wee! Tellin all her friends in the Benz
‘He don’t really look 16 do he?’
112, youngest thing on the scene
Couldn’t believe when I seen how she squeezed in them jeans
Looks like a tight situation
Make a young man make flight reservations
Just step, no intimidations
I’m Bow Wow boo, accept no imitations
Should have seen the looks on they faces
The ice plus light, makes for good converation
You tellin me, it’s a felony, to yell at me
I blew her mind, she was dazed momentarily
But luckily, she stayed for some therapy
I stay pimpin heavily, my game spittin thoroughly”

And the flossing continues on the smooth floating Neptunes track “The Don, The Dutch”:

“I gotta couple of cribs, push a couple of cars
I pull the Mazeratti out the garage
That’s how I ride, I’m worldwide, international
Say you better, whatever, don’t be irrational
See me passin you, I’m goin, ya lost
Hit you at the light, and I’ma dust ya Porsche
Cause I’ma dope MC, and I’m down by law
Fremelay all the way to New York
To you MC’s, who jock my style
You better freeze, ‘fore I get hos-tile
You wannabeez, but ya not like Bow
As you can see… I’m much realer
Was born to get on and preform, get scrilla
The freshest of the fresh, the best, you know it”

And that’s pretty much the lyrical content of the entire album. It’s toned down a bit compared to his peers, mainly because their LP’s come with a parental advisory sticker and his has none. It doesn’t get any more profund than “The Movement,” where Bow Wow advocates his generation rising up out of madness to achieve despite adversity. Other than that it’s cocky swagger on “I Can’t Lose,” more macking on “Hey Little Momma” featuring Jagged Edge, a triple time attempt on “I’ll Move On,” and still more self-assured confidence on the LT Hutton produced bonus track “I’m Back”:

“Every dog has his day, so right now’ll be mine
I ain’t no unpolished, I’m a polished diamond that shine
Had to retire my Mickey Mouse, I’d gotten too old
Peachfuzz on my lip, homeboy I’m grown
I’m that Eastside, East savin, 6-1-fo’ reppin
Girl getter, play wit her, flow got better
Look at me on top, number one is my rank
I’m enjoyin it, sittin back, watchin y’all MC’s sink”

Owing either to his age or years of experience in the rap business, Bow Wow’s flow has gotten a little bit better and his writtens a little bit tighter; but he’s certainly not breaking into the clever repertoire of a Jay-Z or Ras Kass just yet. Still one thing remains the same about Bow Wow – clever marketing or true talent, he’s still a relatively inoffensive and likeable pop culture rap artist. By maturing his musical sound along with his voice, he successfully sheds the “Lil” image for good and makes an effective play for establishing his longevity in the business. Whether it will “play in every suburb” as he claims on the album is up to whether his audience of yore is willing to grow with him, or if they’ll just switch to the next Lil (and likely less talented) MC.