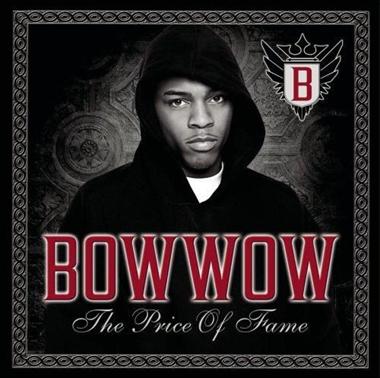 Bow Wow :: The Price of Fame

Outside of teenage girls and Jermaine Dupri, Bow Wow has always been regarded as something of a joke. Although heads will continue to deny, the rapping on his debut “Beware of Dog” was really not all that bad. If not anything else, he boasted pretty remarkable breath control, and his speedy flow on the single “Bounce With Me” was an admittedly guilty pleasure. Still, it goes without saying that his status among the majority of the hip hop community was a lowly one. Within time, Bow Wow’s name was to become a staple in freestyle battle rhymes, emcees debasing each other with comparative jabs. He was sure to suffer the same fate of all the child rappers before him: that no matter how talented he was, he would never be taken seriously.

Lil’ Bow Wow never deserved all the shit he got, but even he was a fool if he didn’t see it coming. But he’s grown up now (sort of), not “Lil,” curses in his rhymes, and like he was bred to eventually do, spends damn near every line talking about cash and his gargantuan fanbase. It’s pretty evident that his raps are all in effort to compensate for his dark past. He isn’t exactly credible, and in entering the realm of mature rap (or at least trying to), he seems to think force-feeding his big boy lifestyle is an adequate means of transition. If Bow Wow is the corporate president with a small penis, “The Price Of Fame” is his corvette.

“5th album, I’m still fresh” Bow Wow lets us know with the very first words of the title track. It’s but the first of several times he’ll remind us of his marvelous discography, one of a limited number of rehashed and reoccurring themes. I haven’t paid attention to the three albums since his debut, so I’m just now getting to laugh at this lil’ wannabe (oh please check out the liner notes if you’re feeling like a good chuckle). Too good to rap with the speed he used to, every bar is slowed the fuck down, to the point that his lyric sheets probably look small in comparison to that of a jam band. Maybe even a limerick.

In listening to “The Price Of Fame,” I was truly overcome with distractions. It’s not like it interfered with my schedule – more like a flock of geese had the power to draw my attention from Bow Wow’s pitiful lyrics. Every song is an exercise in reminding you of his greatness, mainly his stunning salary and the general idea that every girl with BET adores him. I assure you, it gets no deeper. At first it’s a drooling bore, but in reading a little closer “The Price Of Fame” becomes even more pathetic. His name-dropping of the rap thugs he aspires to be, the Jeezy’s and Weezy’s of the world, is more excessive than that of the Game’s. He isn’t at their level, and probably never will be, but sadly enough, it’s as though he’s very aware: “the girls love him – niggas hate.” In incessantly reminding us what a ballin’ young franchise he is, he only does what he can to prove how awful he’s become as a rapper. What certainly was a hopeful prodigy now seems to be the jaded product of uncle JD.

Dupri churns out a steady selection of So So Def monotony, but his instrumentals are indeed club-worthy as usual. Unfortunately, the very idea that Bow Wow is blaring from the speakers is enough to take any number of dudes off the dance floor. Filing this album wherever the teenage girls shop, Bow Weezy’s back indeed. For the fifth time, by the way.