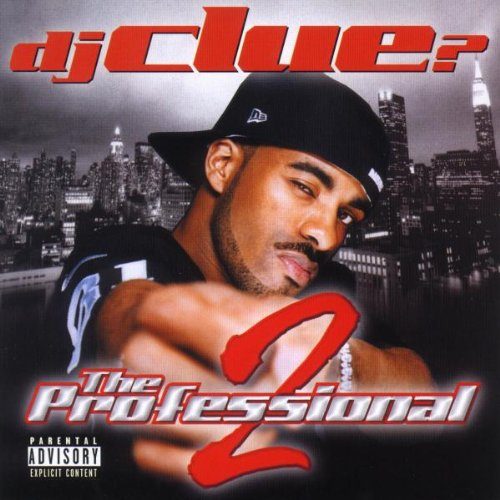 f you know mix tapes, you know DJ Clue. If you’re completely unfamiliar with the phenomenon, take it back to the days when you used to tape all of your favorite songs off the radio one at a time – once you had that perfect tape, you’d play it over and over again. In theory, mix tapes should be the same – continous jams by your favorite artists. A superb mix tape from a big name like Tony Touch or Kid Capri is continous hits with no pauses and includes unreleased songs or so-called “freestyles” you couldn’t buy in any store.

The old school days of mix tapes being sold hand to hand on the streets and in pool halls have vanished like the dinosaur – in fact, mix tapes aren’t even tapes any more. CD’s from the likes of Funkmaster Flex and DJ Clue offer track after track of the hottest names in hip-hop. Therein lies the rub – the hottest names and the hottest artists are not necessarily the same thing. Any amount of buzz for an artist can be bought with the right amount of street team promotion and magazine interviews, yet artists like J-Live still starve for a record deal. Mix tapes still have something to offer the public but if you buy a mix tape “CD” from a big name ex-tape king you’re probably not going to be exposed to any new artists except ones from the record label putting it out.

To that end, it should be no surprise that the only two artists on DJ Clue’s “The Professional 2” who haven’t alreaady had a video on BET and MTV four times a day are Geda X and Ty Shawn. Everybody else on here is somebody you already know well: Jay-Z, DMX, Beanie Sigel, Redman, Nas, Foxy Brown, Trick Daddy, Eminem, and so on. That’s not to say there aren’t some enjoyable tracks from these rap superstars. The problem is that DJ Clue has a motormouth that’s in continous overdrive on every one of this album’s songs. For some reason Clue is compelled to shout “Ha ha!” or “Whoo!” or “New DJ Clue!” every fifteen seconds. Whereas Funkmaster Flex seems to have learned this is annoying to rap heads and sticks to making his shoutouts at the beginning and end of every track, Clue needs to buy one badly (a clue, that is). I’d pay good money for the same album where you don’t hear DJ Clue’s voice ONCE.

If you can put up with Clue’s obnoxious ass, you’re definitely going to appreciate some of his “x-Clue-sive” new tracks. Among the hottest on it is probably “Change the Game (Remix)” which mixes artists from the Dogg Pound (Daz and Kurupt) with artists from Roc-A-Fella (Jay-Z, Beanie Sigel and Memphis Bleek). Rap needs more of these bi-coastal collaborations. A lot of people will check for “What the Beat” with Method Man, Eminem, and Royce the 5-9. Eminem’s verse comes off as a rebuttal to all of the critics who said he shouldn’t win a Grammy:

“I’m only as crazy as people made me
Believe me; there’d be just as many motherfuckin murderers
and heroin users without Marilyn’s music
But I figure I make my music I don’t care if you use it
to murder somebody – I just wanna be there when you do it!”

The re-make “Back 2 Life 2000” with Mary J. Blige should have been ill (the girl can SANG) but never once does she utter that catchy “back to life, back to re-al-ih-ty” refrain that made the original so hot. And why is Jadakiss on this shit? He just keeps getting worse, and I wish he’d stop making that “muah” sound like anybody would Jada-kiss his wack ass. There are plenty of other sequels here as well; such as “Fantastic Four Pt. 2” which has a pretty nice beat and can suffer a Lox appearance thanks to dope verses by Nature, Fabulous and Cam’Ron. “Cream 2001” from Raekwon and Ghostface could never top the original Wu-Tang Clan track, but the beat thumps nice regardless.

A few solo performances also pop up here and there throughout. Nas’ “Live From the Bridge” is the best among them – a rock sounding backdrop and some typically smooth flowing jewels from one of rap’s most respected MC’s. Equally beloved Queensbridge veterans Mobb Deep drop a new track on “The Best of Queens” which fits right into their existing fat catalogue. Redman solos on “Red” but the production by DJ Twinz doesn’t really fit the Funk Doctor.

Other than previously mentioned “Change the Game (Remix)” and a Trick Daddy and Trina duet “My Niggaz Dem” artists from the South or West seem to be non-existant – the inclusion of the latter seems to be an afterthough to token hip-hop diversity. I can’t see it moving many units for Clue. More people will probably check for the “Jay-Z Freestyle” and probably look for a mix tape where Southern rappers are presented among their peers. Clue is a full-fledged member of Jay-Z’s Roc-A-Fella Records, which for better or worse makes him a star and eligible to be “player hated.” Contrary to popular belief Clue is not being hated on RapReviews just for being Clue – it’s for having an opportunity to present an album full of jams and instead serving us a warmed over selection of big name rappers with mediocre performances; especially since Clue can’t just shut up and let the MC’s do all the talking.