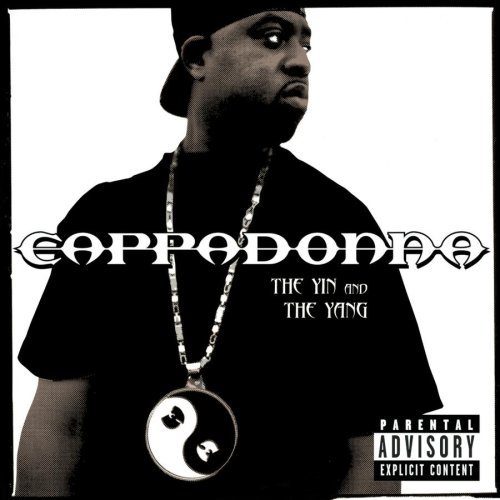 Cappadonna :: The Yin and the Yang

Oh that’s right, Cappadonna is part of the Wu-Tang Clan – allegedly. He didn’t rap on “Enter the Wu-Tang: 36 Chambers” or appear in any of their early videos but as soon as he showed up on Raekwon the Chef’s “Only Built 4 Cuban Linx…” he became official. In fact, he’s probably eating off that love right now – still able to sell records in hip-hop music despite having a terrible flow and obnoxious voice.

That’s right. Cowardly journalists might be afraid to say this for fear of having their legs broken by a rabid pack of angry Wu-Tang Clan fans, but Cappadonna is a horrible rapper. He has neither the smooth sexiness of Method Man nor the charming rogue appeal of Ghostface Killah. He has neither the loquacious lisp of Bobby Digital nor the sword sharp slang of Raekwon the Chef. In fact, compared to any Wu-Tang Clan member other than U-God you can’t rate Cappadonna a great rapper. One must wonder how he feels being the weakest link in one of the strongest chains ever forged in rap.

Back to the album. Cappadonna says the most idiotic shit. “Hit you in your iceberg Snoopy’s.” The fuck? Legions of Wu-Tang fans will proclaim thatthe science or mathematics but when compared to every solo album since Method Man’s “Tical” you can’t really say it’s either. The best thing you could say about Cappadonna’s flow is that it’s “stream of conciousness” – and as such it’s interesting for about three seconds. Even the perenially drunk Ol’ Dirty Bastard makes more sense. Just peep these lyrics from the song “War Rats”:

“The rap Oprah Winfrey with the left currency
but rock beautifully, no security with me
Hard times of prophecy, one idea, two children
and three for virginity, pure energy
whenever you confront me, I’ma take yours, Star Wars..”

Trying to understand anything Cappa says will just leave you standing there scratching your head. On a musical level, you can still appreciate the beats of songs like “Super Model”, “Love is the Message” and “Big Business” but don’t expect to hear him flowing over them. Leave the synched and clarion clear raps to the professional Wu-Tang rappers who make appearances: Ghostface, Killah Priest, Raekwon the Chef and even Shyheim. That’s right, the “Rugged Child” has more talent in his left pinkie than the Don has in his whole body and has never even been put down on an official Wu-Tang Clan group album. He deserves it more than Cappa. Tolerable in small doses as part of a group, Cappadonna only succeeds in proving here that he should be kept far away from all microphones for any length of time beyond thirty seconds.

Cappadonna :: The Yin and the Yang
4.5Disappointing
Music7
Lyrics2