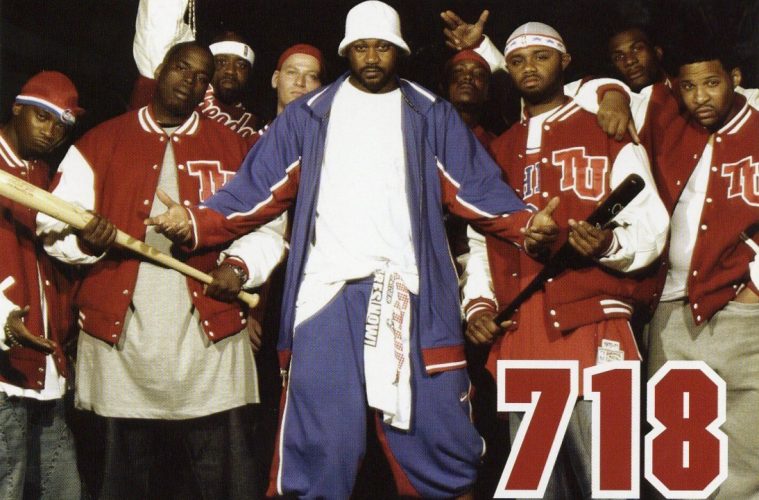 It seems like the golden rule of rap: once you get on, go back home and put your crew on. Once Eminem got big with the Head Doctor, he went back to Detroit to get the other five members of his D12 circle. After Nelly educated listeners with his country grammar, his fellow St. Lunatics came along. Cam’ron is ruling the streets with the Diplomats, and even a pre-sanctified Mase had an album with his Harlem World clique.

Ghostface is the next to hop on the trend, with his Theodore Unitâ€”obviously deriving from 50 Cent’s G-Unitâ€”consisting of himself, Kryme Life, Cappadonna, Shawn Wiggs, Du-Lilv, Trife Da God, and Solomon Childs. Besides Cappadonna’s work with the Wu-Tang Clan and Trife’s appearances on Ghost’s last two studio albums, the crew’s members are seemingly unheard of. Will this Staten Island crew’s music quality keep up with that of G-Unit, or that of Harlem World?

Ghostface wisely includes many songs that were cut from The Pretty Toney Album on Theodore Unit’s 718. While listeners who just heard Ghost’s Def Jam debut will just like the songs for what they are, die-hard Ghost fans will appreciate the tracks appearing somewhere other than the Internet. “Guerilla Hood” features Ghost’s off-kilter flow at its best, as he claims that he’s a “silverback gorilla, though I sleep outside the bing.” “The Drummer” features Ghost, Streetlife, and Trife spitting over a stellar arrangement of chipmunk samples, drums and deep keys by producer Self, with Method Man upstaging all of the above with vocals that beg for a Wu-Tang reunion.

Trife Da God will undoubtedly establish a buzz after this album, emerging as the crew’s Lloyd Banks or Juelz Santana. With his raw, authoritative flow and exceptional punchline prowess, he shows the most solo potential of the crew. He calls all the shots on his “Punch In Punch Out” solo effort, follows his dollars spent on Pretty Toney dropout “Paychecks,” and makes listeners respect his gangsta by rhyming alongside Ghost to a classic Big Daddy Kane sample on “’88 Freestyle.” “Who Are We” features Bone Crusher contributing an energetic hook while Trife and Ghost spit to the best beat on the disc, with producer Dirty Dean inexplicably flips the Scooby-Doo theme music to create a new hood anthem. Check Trife’s vicious verse:

“It’s Trife the barbarian
Quick to put ya dogs to sleep like veterinarians
have em layin up somewhere in the Presbyterian
doctors pumpin air in him
and got his soul floatin, like he was high off of helium
my block is like the Gaza Strip, opposite of metropolis
we hungry like some hostages, niggas get shot and die for this
while you sit and write about stories that just do not exist
your lies are fabricated and you, don’t make no kind of sense”

The rest of Theodore Unit’s members don’t fair as well as Trife. Kryme Life shows exceptional wordplay, but he’s curiously limited to only two verses on the disc. Cappadonna is also mysteriously absent with his Wu-Tang recognition, only appearing on two tracks as well. Solomon Childs has adequate lyrical skill and is decent in a group setting, but his slow, dragging flow is too much to deal with on a solo basis. While the melancholy “Mama Can You Hear Me” and the lush “Be My Girl” feature staggering production by Nexus and Milestone, respectively, Childs can’t push it over the hump.

Still, where the unit falters, Ghostface proves to be the LeBron James of the squad and makes his teammates better while on the court. Each of the tracks that don’t work come up while Pretty Toney is on the bench cheering his teammates on. While the attempts to give all of the members shine are admirableâ€”and plausible, since each of them show glimpses of greatnessâ€”the rest of Theodore Unit still fairs better while their point guard is dishing the assists.