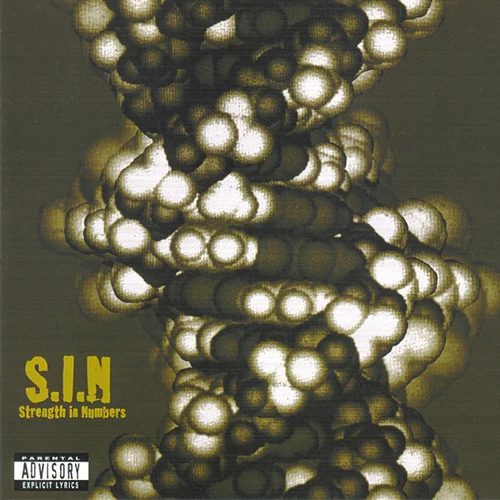 Thug rap albums these days are a dime a dozen.. or about $6 in the discount bin of your local mom and pop about two months after they drop. Soulviet Union’s debut “S.I.N.” may be destined to follow that trend. At its worst, “S.I.N.” is exactly what one has come to expect from rap these days; the five-man crew of Life, Jame, IZ, Talib and Don Heroic spit the street life over irritating synth beats. The topics don’t stray much from the norm. There’s the ode to the ladies (“Do You”), the ode to the haters (“Fix Your Face”), and a few general shit-talking battle raps (“Let’s See” and “Strike Back”). The five emcees aren’t bad, but they aren’t usually anything special. Jame gets some props though for being the least white-sounding white rapper I’ve ever heard. The beats are OK, but synth beats tend to annoy me and “S.I.N.” is no exception. Only “Survive a Minute” really spoke to me with a couple well-flipped synth loops; and I gotta give them some love for using the word “nann” on the hook for “Let’s See.”

You just read the review I would have given this album without much thought if I had only listened to it once. There are a few good reasons to give the Soulviet Union a second look though. First of all, the lyrics on here go conceptually pretty deep. They have good intentions with token thug-life-ain’t-all-that tracks like “What You Know Now?” and “Who Could You Trust?,” but shit gets intense when the emcees all take entirely different turns with their lyrics. “Who Could You Trust?” is especially nice. IZ kicks it off, pleding loyalty to his girl. Jame’s verse starts on that tip (with the ill line “ready to get it on? girl, you better keep it on”), but then switches it up and goes off on the lack of trust in the world. Don Heroic finishes it off nicely on that you-can’t-believe-what-you-know tip:

“U.N.I.O.N.” is another nice track on the same tip. The lines start as oaths of how loyal they are for each other (“in court, I lie like a rug for my niggaz”), but then in the same breath switch up and give threats of the consequences of disloyalty (“I got fake evidence with your blood on the rug”). All in all, there are more genuinely heartfelt deep moments on “S.I.N.” than on most other rap albums I’ve heard, save “Illmatic” or “Liquid Swords.” But, even so, Soulviet Union doesn’t have the beats or the rhymes otherwise to compare to Nas or anyone in the Wu. “S.I.N.” is still a pretty average thugged out album, but it shows lots of potential.