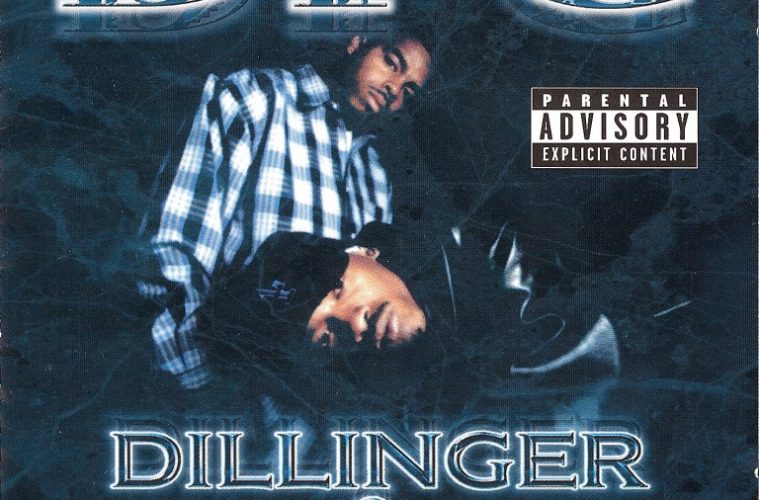 The party was live in 1995 when Tha Dogg Pound arrived. At their near zenith of power and popularity, Death Row Records introduced the tandem of Dat Nigga Daz and Kurupt and supplied them with a bevy of hardcore beats that made the mackin’ and crackin’ of “Dogg Food” a certified success from coast to coast. These were Snoop Doggy Dogg’s homies; in fact their name as a rap group came from the term Snoop used to describe his crew.

Things change quickly in the world of hip-hop though. Despite a brief resurgance in popularity with the signing of 2Pac; Dr. Dre was soon to leave Death Row and take his hitmaking hip-hop credibility with him. Snoop released a second solo album on Death Row minus Dre which was not well received critically, and gradually the Row’s original stars went their seperate ways to join other labels or form their own. As Kurupt and Daz went on to varying degrees of success as solo artists speculation continued to float over the industry that they would reunite to recreate the magic of “Dogg Food” on a sophomore album. Sadly though there could be no “Dogg Pound” without Death Row, because C.E.O. Suge Knight was holding an iron grip on the intellectual property of the group – from their name on down to the very names they rapped as in the group. If they weren’t on Death Row, they couldn’t be Tha Dogg Pound and not expect to be sued for every cent they made on it.

Make no mistake about it that 2001’s “Dillinger & Young Gotti” is in every way the long overdue sequel to 1995’s hip-hop classic. By changing up their names and reworking the name of the group to an abbreviated D.P.G., they neatly sidestep the firm hold their ex-label holds on everything Doggy. There is of course the danger that some people who bought the debut may overlook this record as their sequel; or some people who purchase this CD may not realize the tandem has a heritage that spans two decades. Nevertheless whether you’re new to the D.P.G. crew or a fan from way back, the time has arrived for them to get back on the set.

Be warned that this album is unabashed “crip-hop” at it’s finest. From the overwhelming abundance of blue in the album’s artwork and cover photo to the “slangin, gangbangin O.G.’s” as Daz raps on the anthemic “C-Walkin Cha Cha Cha”, the D.P.G. raises a tall banner that unfurled reads “Crips R Us.” While not exactly an endorsement of this dangerous life it is certainly not a warning to shy away from it either; prompting a “caveat emptor” for any rap fan (or parental guardian) who dislikes these themes. For their mature aged (18 and up) set this album is a raucous celebration of D.P.G.’s hedonistic lifestyle that includes drinking, smoking, fucking, and fighting in no particular order – the same formula that helped to make their debut album an overwhelming success.

Guest appearances are kept to a reasonable minimum, but are appropriate to the track and the groove when used. Xzibit makes an excellent cameo on “We Livin Gangsta Like”, Slip Capone is ice cold on “My Heart Don’t Pump No Fear” and even Beanie Sigel makes a surprise appearance on the smooth flowing “Best Run” – a track so laid back it defies its own title. Songs like the up-tempo “Coastin” and the pleasingly subtle groove of “At Night” couldn’t be more different, but both work because of the charisma of Daz and Kurupt (oops, I mean Dillinger and Young Gotti) and how well they team together on tracks. They even pull off the impossible and break from reckless living to offer hope to young G’s on “There’s Someway Out” with an mellow beat and uplifting chorus combined with matter of fact statements at the end from Daz:

“Yeah, I used to think I couldn’t do it cause I thought it was fear
But you gotta overcome fear; like Big Pimpin say
doubt is the murderer of the dream that couldn’t dream on
But then it’s up to you to make that decision”

This is really the exception to the rule as far as lyrical content on the album though. Kurupt and Daz are both capable rhyme writers on their own and with this album apply them together to themes which range from good (“Dipp Wit Me)” to fair (“Party at My House”) to needlessly misogynstic (“You’re Jus a B.I.T.C.H.”). This is not anything new for a crew whose musical heritage dates all the way back to Snoop’s “Bitches Ain’t Shit (But Hoes and Tricks)” so an analysis of individual topics doesn’t really serve this album well. Rather the overall package needs to be judged on the flow both rappers have (top notch), the construction of rhymes (very rarely corny) and the selection of beats (above average to excellent). Only a few tracks fail to meet this criteria, and they are few and far between on this twenty-one track album which actually IS that long (no cheating with skits or interludes posing as songs throughout).

While maybe not the classic that their 1995 “Dogg Food” debut album was, the ex-Dogg Pound members now reunited have released a new LP that certainly has enough G-funk to make vehicles bounce and keep heads nodding for the summer. Notable more for the grooves and charismatic delivery of the MC’s than for the actual words, this album would be ideal music for gangsta rap fans to bump in the ride or for social functions where a backdrop of cool melodies will ward off the summer’s heat. It’s safe to say that the album was indeed worth the wait; so here’s to Dillinger and Young Gotti – make that Daz and Kurupt – getting back together one mo’ gen in the 21st century.