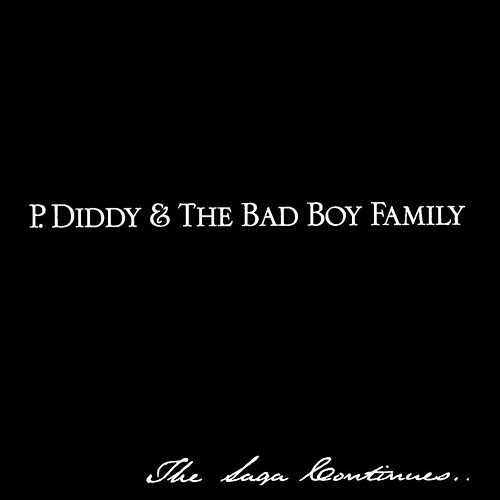 One thing is for sure about Mr. Sean ‘P-Diddy’ Combs is that he’s never predictable. The hip-hop mogul and entrepreneur always seems to have another trick up his sleeve: opening restaurants, launching his own line of clothing, and now releasing a new album sans the ‘Puff Daddy’ moniker. Much of the public speculation on the change has focused on negative publicity on his indictment (and eventual acquittal) on weapons charges; it also serves another much better purpose though – it finally puts the legacy of Christopher ‘Notorious B.I.G.’ Wallace to rest. Everybody knows Puffy loved Biggie and vice versa – so there’s really nothing to add to that story any more. 99% of the music he made while alive has been released; and all that can be left at this point is a “Biggie’s Greatest Hits” compilation. Expect one in a year or two.

With all of the old storylines put to rest and a new century dawning upon us, it’s time for Combs to write a new chapter. To a degree it’s fair to say some people actively hope it’s the last one – a lot of people have “playa hated” on his success in the worlds of business and music. It seems to insult the intelligence of music critics when a man scores platinum hits just by resampling old classics. It seems to insult the snobbery of Harvard graduates with business degrees that a self-described ‘street hustler’ can make more money in a month than they will in a lifetime. There is an uncomfortable dichotomy created by this situation for his fans and his enemies alike: honest criticism can be misinterpreted as envy while praise gets read as “kissing ass” just to avoid looking like a hater.

This reviewer believes that if Combs can choose to take a new direction in his life and career, so to can the dialogue on his musical career. Perhaps now the dichotomy can be broken and both praise and criticism can be accepted on their own merits. As such, “The Saga Continues…” earns it’s fair share of both. The album has already spawned a snappy top 40 hit with “Let’s Get It” and introduced a whole generation to the Harlem Shuffle dance with the affiliated music video. Even though a lot of people don’t dig Puffy as a rapper period due to his voice and his flow, there’s a lot of material you just can’t hate. P. Diddy pimps big with Eightball & MJG on the smooth flowing “Roll With Me”, gives G. Dep much deserved solo time on the orchestral “Child of the Ghetto” and even sounds a poignant note on “I Need a Girl” with various Bad Boy rappers spitting verses while Mario Winans sings the hook.

On the flipside, there are songs on this album that either don’t work or work for the wrong reasons. An example of the latter would be “Can’t Believe” by Faith Evans and Carl Thomas. Don’t be surprised if you catch deja vu listening to it; that’s “Phone Tap” by The Firm – a beat produced by Dr. Dre and probably the only real hit they ever had. Of course P. Diddy has always been well known for sampling other hits but it seemed a little more innocent when he just lifted from 1980’s music – taking beats from hip-hop/R&B hits that are only a few years old seems just a bit suspect. Fortunately such examples on this LP are few and far between, but there are some other strange sampling choices. The Alan Parsons Project song “Sirius” which most people recognize as the opening theme for the Chicago Bulls is used on the title track “The Saga Continues” and even mocks their announcer introducing P. Diddy as though he was running on court. Whether it will offend Bulls fans (or perhaps fans of the Alan Parsons Project) remains to be seen, but hip-hop heads may find themselves much more offended by “That’s Crazy.” While Black Rob’s “Whoa” could be viewed as a humerous fluke with a catchy bassline, resurrecting the entire formula with “that’s crazy” substituted for “like whoa” sounds very hollow even with a new beat and hook.

Most of the album lies comfortably between these two extremes. There are some surprisingly dope cuts like the rambunctious “Bad Boy For Life” and the all-star narrative song “Where’s Sean?” There are a few really bad songs like “Diddy” where P. tries to get away with reinventing both the lyrics to Nice & Smooth’s “Sometimes I Rhyme Slow” and the hook to BDP’s “Jimmy”; and one of the weakest ever Neptunes beats doesn’t help. All of the interludes other than “Nothing’s Gonna Stop Me Now” with Mario Winans and Faith Evans could have been axed too. The one thing that’s surprising about this album is the minimal amount of rap collaborators we’ve come to expect from Combs – no Jay-Z, Busta Rhymes, Redman, Nas, or Twista. In fact an “Is This the End? Part III” might have been on point, especially since rumors continue to persist that Twista plans to join the Bad Boy fam. Regardless, this album judged as a whole both on the rappers from Bad Boy who contribute (G. Dep, Loon, Mark Curry, Black Rob) works fairly well.

Bottom line, the ones still trapped in the dichotomy will probably find themselves either hating every weakness or praising every great sounding track – the reality is much more complex. Whether you like it or not we’ll be hearing from P. Diddy for years to come and one song near the end of the album describes this in a nutshell – he’s “Back For Good Now.” Stay tuned for the further adventures of TAFKAP (The Artist Formerly Known As Puffy).