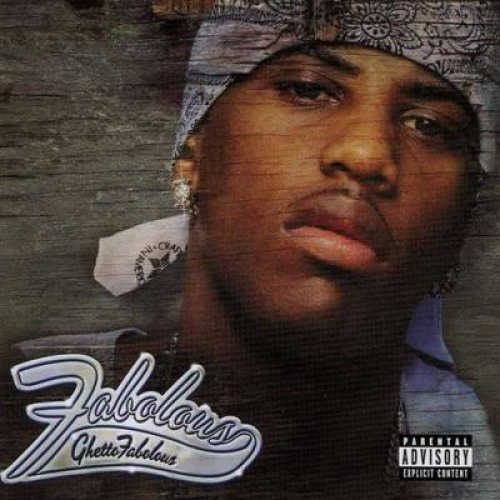 The fans really don’t care how he spells it, just as long as he sells it. His raps singlehandedly spur sales of DJ Clue mixtapes, and his rap on the remix of Lil’ Mo’s “Superwoman” moved the track from hot to club anthem. Even the haters had to admire his success this summer, as his name rung bells in hip-hop and caused a heavy swirl of anticipation around his full-length debut “Ghetto Fabolous.”

Chris Tucker though, he ain’t. While the loudmouth and energetic comedian made the album title’s urban slang a household commodity in the movie “Money Talks,” Fabolous is the anathema of the spastic comedian. Like a mid-day siesta, his lackadaisical raps are slow deliberate movements which conserve energy and encourage drowsyness. If you put speed flow on a 1 to 10 scale from Ma$e to Bone Thugs-N-harmony, Fabolous would rate a 2 – on rare occasions a 3 or 4.

“One Day” is a prime example of the Fabolous style. If you catch a holy ghost trying to figure out what this song sounds like, think “Big Ego’s” from Dr. Dre’s “Chronic 2001” LP. Nevertheless, this familiar sounding Omen track fits Fabolous like a glove, as he slowly raps his way through the piano chords about his come up from hustling to enjoying success in the rap game:

“I just want some piece of mind
Niggaz’ll risk havin cuffs on they wrists
for this masterpiece on mine
Know that I’ma squeeze ’til the top of my piece recline
I can’t see myself in back of a Caprice confined
But on a small island too far for police to find
With girls who look Greeker than Guyanese combined
I gotta make sure my niece is fine
She get every doll for Christmas, new Jordan’s at Easter time”

Fabolous can as such be a vexing rapper. Obviously capable of penning a decent to above average narrative and spitting some typical New York style machismo, he still manages to trip over his own chance in the spotlight. By mentioning Nino Brown from “New Jack City” on the lead track “Click & Spark” and the follow-up song “Keepin’ it Gangsta” he ends up sounding pressed for ideas. In fact the latter has weak references throughout that were dated a decade ago – who still raps “I keep a +Lethal Weapon+ like Mel Gibson, and Dan Glover” these days? Having DJ Clue as your biggest producer is not an asset either. Clue strikes paydirt with a beat about as often as Big Daddy Kane drops new albums, and this LP is no exception. The one track he does that can truly be called hot is “Trade it All” featuring Jagged Edge, but co-producer Duro is probably the one responsible for making it fuego. The only other one to come close is “Ride For This,” but that’s because the song itself gets a big boost from vocal assistance by Ja Rule.

It’s no surprise really who the most energetic and listenable tracks come from – Timbaland hits hard with “Right Now & Later On,” Rick Rock’s electronics bump throughout the popular single “Can’t Deny It” and DJ Envy rocks the ivories on “The Bad Guy” – Fabolous really seems to sound best over pianoes. The latter song is also blessed with a hilarious cameo by rap personality Pain In Da Ass doing his Scarface impression. You could string these songs together and make a hot twelve inch or a great EP. As an album though, Fabolous is not the fire starter his scorching summer seemed to indicate. The inclusion of the bonus tracks “Gotta Be Thug” and “If They Want It” is a nice gesture, but it doesn’t make up for the mistakes such as the Neptunes produced “Young’n” – probably the most monotonous and least appealing of their work to date. While Fabolous has a name that rings bells and enough promotion by industry heavyweights to deliver a gold album, this will not be his vehicle to stardom. The shame of this album is that by failing to make a huge dent, Fabolous ends up being lumped in with similar rappers like Jadakiss and Ma$e instead of dropping an industry bomb worthy of his star-studded name.