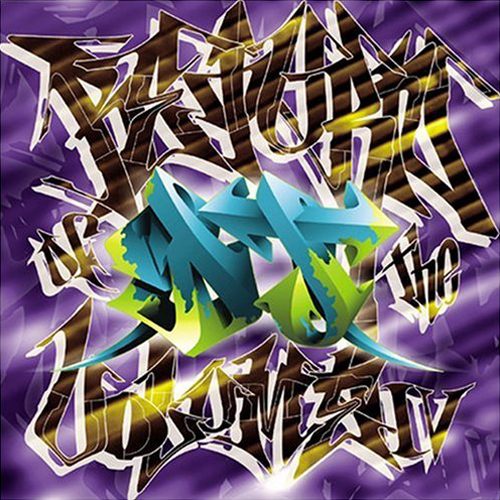 At a time when true Hip-Hop representation is lacking from the many outlets that claim to “keep it real” or take Hip-Hop politics and culture to a “higher level,” Bomb Hip-Hop has again hit the industry hard like penitentiary steel. The all-DJ/all-scratching “Return of the DJ” series is undoubtedly the definitive sound/source representing the DJ pillar of Hip-Hop (DJing, B-Boying, MCing, and Graffiti writing are the holy pillars). “Volume IV” of the acclaimed series enlist some old greats with signature styles and traditional tricks along side some young guns biting and scratching for new found fame. Right now a lot of DJ’s have settled. Plain and simple. They’ve told themselves that they’ve mastered all there is to learn on the 1 and 2s. “Volume IV” showcases those DJ’s that know the craft hasn’t even scratched the surface of musical contribution and/or manipulation as a Hip-Hop DJ. In the previous volumes the general feel has been that of expressing current styles or a wonderful collage of sorts. Not this time around! Someone, somewhere bumped into a table one too many time at a set. Or, maybe MC Nu Nigga, in the shiny suit, all blinged out, sittin’ on dubs surrounded by a herd of video hoes is no longer going to be tolerated. In any case, the message is loud and clear: “Without the DJ Hip-Hop wouldn’t be here,” to paraphrase Defari a bit.

This point couldn’t ring any clearer that through the thump of DJ Static’s “My Definition.” This lyrical cut and paste jam is sick. Everyone from Mantronix to 2 Live Crew, Rakim to Rasco, Dream Warriors to Digital Underground is used to create a DJ manifesto. Here you will find just what a DJ is supposed to do at a set as well as a little horn tooting. A simple kick of the bass and a spacey loop is all that ties this piece together and yet the head bobbing is always on time. ‘How you want it we got it.’ Yeah, that’s the instrumental, but the “lyrics” are all Q-Bert. No, fool, he hasn’t started rhyming. He speaks with his hands. Taking matters to the nether regions once more, Q-Bert serves up memorable techniques that are sure to rattle a stylus. He’s twisting styles and pushing the envelope to the edge once again with “Scroll of the Wrist Beam.” Every now and then you do hear actual words seep through the back and forth abrasions. If you haven’t heard by now here’s some help: www.skratchcon.com or www.thudrumble.com for more information.

Let’s say you are bored stiff of the all too predictable routines being put out by turntablist today. Then, say you find yourself in the crowd of an 89 Skratch Gangstaz set. The first thing you should do is throw that Ms. Cleo insight right down the shoot (Joined with your open-toe, steel heel Timbs and that short sleeve trench coat. That look is so retro nowadays.) for you know not what you speak. The Skratch Gangstaz (Snayk Eyez, Pone, Mike Boogie and Badrok) are not to be toyed with. Nothing gets held back when this crew hits the deck. They have seemingly recognized that too often a scratch record sounds too much like a broken record. A path they are not about to venture down. “Lesson 89” is an exercise in genre twisting and style re-defining. One thing you can count on from a Gangstaz cut is some ol’ off the wall genius. I don’t know if it was the Britney/Ludacris mix or the KRS/Mos Def chanting that did it for me. Maybe it was the house music jump in the beginning. You listen to it and get back to me.

Representing the yesteryear sound bites of Hip-Hop jams comes from the dexterity of Top Rawmen (Yeroc, Nando, Nomad, Mike C, and Jay Slim). They went back to massacre Marley Marl’s “Symphony” upgrading it raw like and tweaking out a “Symphony 3000.” One part beat juggling mixed with two parts of , “…how you like me now?” Personalized the song they did. Staying inside lines of how the original was laid out by Juice Crew members, you get a full flavor rush of what what five DJ’s sound like ripping the same song to create one new song.

Mr. Thing, Maniphest, Scratch Perverts. Remember those names. Last year Thing and Manphest debuted on volume III with a cut and paste ballad that fell between the lines of Premier’s “Deep Concentration” and Cut Chemist’s “Lesson 4.” They come back on volume IV with a second installment of the same formula – a smooth piano melody combined with taps of the fader are the constructs for “Unorthodox Turntabular Angles 2.” Part two changes the emphasis from the fader to the piano loops and some drum thumps. The song starts off like, BLOW in ya face, but, as the song plays through you get more of a WOW, and fall back in the cut awaiting the purple haze to thin out. Needless to say it never does. “Volume IV” does however have to come to a close. E-Jay & Rocky-Rock are in charge of making sure you have enjoyed your sixty minutes of turntablism. Music Evolution uses some monotone voices giving instructions to the listener as to how things are going to play out. The Bob James is subtle, but clever. One part that is anything but subtle is Kraftwerk’s “Music Non Stop” portion. Ahh, the good old days. There isn’t any abuse taking place here. Much respect and care went into implementing the classic cut. While the title states some sort of evolution, I found myself stuck marveling the manipulation of short words used to make this piece. I hope these cats can come back and show us the future.

With all the wiki wiki out there you’d think someone would officially document it all in the Krush Groove manner of portraying Hip-Hop. Say no more young crusader! www.scratchmovie.com has come to save you. Directed by Doug Pray, this DJ documentary is sure to open up the crate diggers world wide. Beware the images that will appear on your screen and mindful that the ideas entering your brain are meant for educational purposes only. Do enjoy.