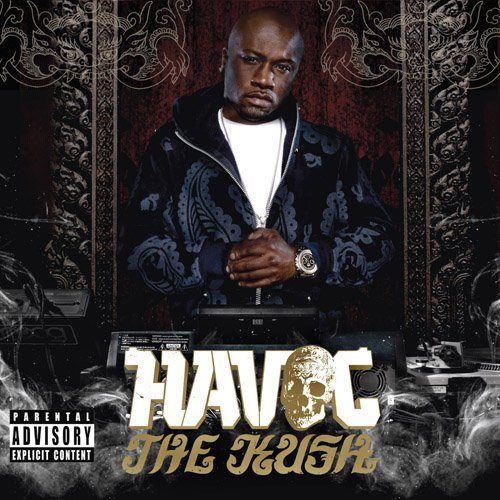 It’s been 12 years since “The Infamous” dropped at the height of the Golden Age. Quite a lot has changed in the world of hip-hop since then; unfortunately, not nearly as much has changed for Havoc of Mobb Deep.

After two solo releases from his partner Prodigy, Mobb fans finally get an album that is all Havoc. Unlike Prodigy’s first two attempts, “The Kush” is produced entirely by Havoc himself. This would seem to be a blessing, Havoc having once produced the immortal “Shook Ones Pt. II.” Although there are some grimy tracks, nothing from this LP quite matches the lofty standard that Havoc set in the early stages of his career.

The album starts off with the creeping backdrop to “NY 4 Life,” which seems to promise an album different from the one we are eventually left with. That is not to say that the production, by normal standards, is sub par – it definitely isn’t – just that Havoc chooses to explore some foreign territory that might have been better left foreign. The repetitive “Balling Out” feels half-completed and out of place on this record; the lighter beat on “Class By Myself” does not match the lyrics which Havoc spits.

Besides a few missteps, however, Havoc is his old, murky self, and manages to slip in a few innovative beats that do, in fact, work. “Hit Me Up” is a surprising track that features a primal drum and a driving organ, a combination that only a truly talented producer like Havoc could make work. “Be There” is Havoc’s attempt at a slower song, and it thrives as we witness his more poignant side.

If you think it’s unusual for a reviewer to comment on the production of an album before the lyrical content, you may be right – but there’s a reason behind this organization. Frankly, Havoc is not much above mediocre on the mic, and his guests don’t do too much to help his cause. As is to be expected, Havoc drops the same hardcore lyrics that he has been dropping for the past decade, and although many sound recycled, there are a few salient lines here and there:

To his credit, Havoc still brings it hard despite having endured so many years in the corporate-controlled game. However, he struggles to find new ways to recount his street tales, and his partner Prodigy, who is arguably better at doing so, can only be found on one track (the banging “Set Me Free”).

The album isn’t without its highlights, but the combination of an already-short track list (12) and a few duds means that it is excluded from the pantheon of Mobb Deep works. Hardcore fans will definitely want to cop this, but for more casual fans, the old clichÃ© holds true: “You’re better off sticking with his early work.”