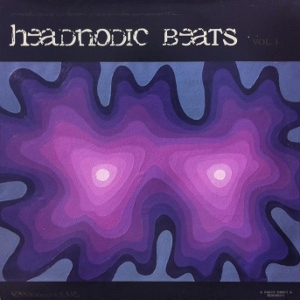 Ethan Lull Parsonage may be unfamiliar to most of you, but those of you who have been keeping an ear out for the good shit know he is one of the members of the Oakland based group known as Mission:. Working under the name Headnodic (combining hypnotic and the head nod), “Headnotic Beats Vol. 1” works both as a collection of his beats, as well as an album that is much more than your normal LP of breakbeats.

One can listen to this in many ways. If you are a rapper, your DJ could slap this on while you practice your vocals and fine tune your craft.

If you are a DJ, you’re able to slip this in within the mix and surprise the crowd.

What makes this a bit different from your normal breakbeat albums is that these tracks are well produced and developed, working on its own merits with their own textures and moods. As someone who also produces tracks, I can definitely hear that these aren’t songs that were quickly slapped together. It’s not just a funky drum track with some obscure string section. Everything seems to be put in certain places at the right time, and they could easily hold up among some of the other instrumental hip hop artists out today.

I’m still trying to identify a definite Headnotic style, other than being able to keep a funky groove down for a length of time. â€œBroccoliâ€, with a groove that is sweetened with a Fender Rhodes (sounds like Mission:’s own Kat Ouano, whom I hope will consider doing her own album), could have easily been released as a hot 45 rpm single among hungry jazz/funk fans, or it would have worked fine with a group of rappers who could match the soul of the music.

What also makes this different from most breakbeat albums is that all of the songs are originals, not just generic loops of the same old dusty breaks. Consider this a resume of sorts, and hopefully you’ll not be asleep the next time Headnodic assaults you with more deadly tracks. Definitely a producer to look out for.