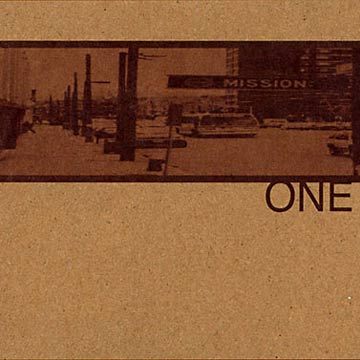 With some notable profiles in national music magazines, this Bay Area crew has more than enough potential to blow up. The music goes back and forth (and often intermingles) between real instrumentation and sampled pieces, but all of it is fronted by two sharp MC’s, Raashan and Moe Pope. Together, as a unit, Mission: are continuing and perfecting the craft made by other groups such as The Roots and People Under The Stairs.

Mission: have released a few singles in the past (People Under the Stairs recently came out with a 12″ on their own PUTS label), but this is the first time music listeners will be able to get a partial taste of the fullness that is Mission:.

The music is very jazzy and funky, and when mixed in with the real instrumentation, the songs sound more “live” and in your face than a lot of other groups who try to do this with their efforts. Mix that in with two MC’s who are out only to better themselves each time they hit the mic, and you’ll be reciting their lyrics in their head like scriptures in no time.

The lyrics are for the most part smart, direct, and to the point. But at times, as Raashan shows in “Hands Up”, it’s all about being clever while showing respect for the art form:

“Shine light like the sun up, like the back of your neck
kick a hole in the speaker, pull the plug, then I’ll jet
manila envelopes full of thought and verbal forms
pen stain more pads then all girl’s college dorms”

Moe Pope delivers one of the more poignant verses on the album in “More Than You Know”, which begins with his daughter singing “I Love You”. It then gets into a phone message where the mother of his daughter is chewing him out for not being there all the time. Moe explains that if he could he would be there, but because he isn’t, he apologizes:

“Sorry for the pain and the hurt
I’ll try harder for what its worth
Sorry for seeing me at my worst
But in reverse, you know baby
I work hard for my daughter, my music, while I work two jobs
And through this heartache, and with all this love dispersed
The happiest day of my life was my daughter’s birth”

What I enjoyed about the two rappers is how they never sound the same in each passing song. Raashan sounds aggressive partly because he sounds like the best elements of MC Ren, Ras Kass, and DMC. Take this with Moe Pope, showing hints of Talib Kweli, Marc 7, and a flow at times that is as smooth as Common, and you have two guys who are truly the new wordsmiths of our era.

In our era, the youth today have to deal with a world that is quite unlike what I went through. This becomes the topic of Raashan’s dream in “Last Night”, where he sees overcrowded schools and women being treated in a non-human matter. His dream ends positively, with people standing up for what’s right by organizing together. This is complimented with Kat Ouano’s Fender Rhodes solo, which sounds a bit melancholy but is played with a sense of hopefulness. (Ouano may be silent on the mic, but she is Mission:’s unofficial third voice.)

This is one of many moments where the rappers mix well with the real instrumentation. Sometimes the musicians in the band will play together or play over the samples, in a mixture that is pulled off well. Producer Headnodic (Ethan Parsonage) definitely knows how to unite the best of beat chopping with keys and bass, or to enhance it with some real drumming over the samples. What makes these songs stand out more is when the sampled work sounds as real as the band, or when that fine line disappears.

As Raashan says in “Now I Shine”, Mission: are about live bands and breakbeats who play basements and dig for records in swap meets. They are a group together to play good music, turn a lot of heads, and return a sense of dignity.