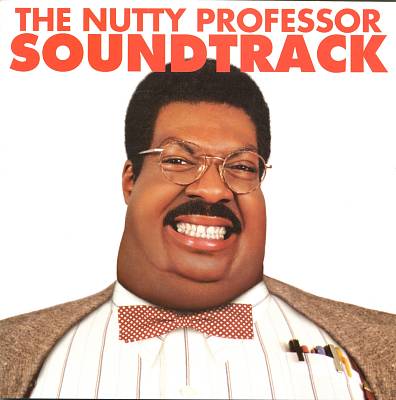 This soundtrack and the movie might on equal par this time; no more of this shit where the soundtrack is hella better than the lame ass movie. This soundtrack is not the actual music from the movie, it’s only inspired by the movie. Don’t matter, I still don’t give a fuck. Let’s get it on.

Soundtrack’s got some flava, let me tell you. The fine Foxy Brown appears on Case’s track, ‘Touch Me, Tease Me’. I love this sista’s voice, and track has some good music and beats, and this track’s a keeper. ‘My Crew Can’t Go For That’ is a cut that I can definately go for, with Trigga Tha Gambler, featuring Smoothe Da Hustler and D.V. Alias Khrist. Some rough NYC shit here, but I gots one complaint. The beginning of the song, they got some pretty wack lyrics. ‘I sit back in my bed/Watch Bill and Ted’, is fucking weak! It’s only two lines, but I still can’t stand it. Rest of the song is smoove.

LL Cool J comes with a remixed version of ‘Doin It’, titled ‘Doin It Again’. Liked the first version, liked this one. What more can I say about LL? He always brings fresh shit to the scene. Crooner Monica performs ‘Ain’t Nobody’, featuring Naughty by Nature. Another smoove song, with Monica’s voice sounding oh so sweet over the soft rhythms. Treach’s masculine voice puts this song on a different sorta tip.

There’s some other decent cuts, like ‘Breaker 1, Breaker 2’ by the Def Squad, and ‘Come Around’, by Dos of Soul. Even ‘I Like’, by Montell Jordan is decent. It also helps that Slick Rick has a short apperance. Glad to see him out of jail. Just stay that way.

I do got a complaint though. For some reason, this soundtrack is censored, so a few songs sound kinda fucked up with the editing. I just wish these idiots at the record companies would at least put some label or sticker on the case, mentioning the CD is a censored version. But no biggie. As far as soundtracks go, you could do A LOT worse. So if you’re into some laid back, chill-on-a-hot-summer’s-day type music, this is for you. And watch the movie. It’s fuckin hilarious!