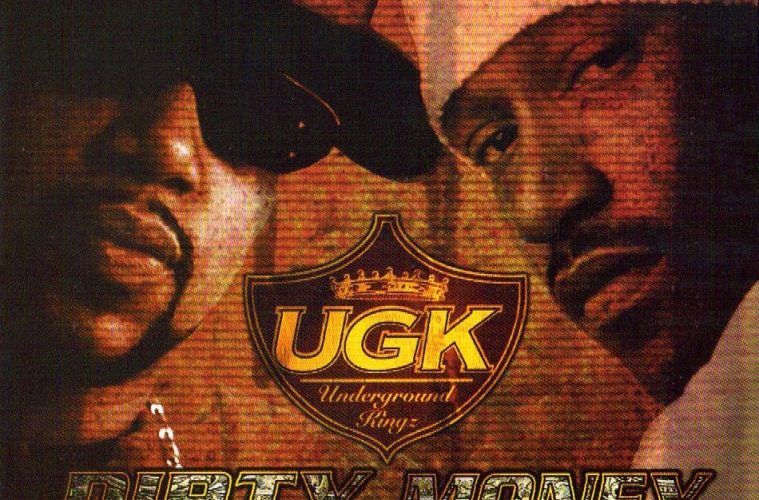 If ever it was true that a major hip-hop record was released to little or no fanfare, UGK could make that argument better than most. The first official record label release in five years since 1996’s “Ridin’ Dirty” would itself be noteworthy, but Pimp C and Bun B have gotten BIGGER since then. Already Texas rap legends and arguably the duo to put Port Arthur on the map, their reputation increased significantly after their guest verses on Jay-Z’s “Big Pimpin'” helped fuel his “Volume 3” to multiplatinum success.

Scratch your head all you like then, because the November 13th release date came and went. There’s definitely something wrong here, because while a lot of their less talented contemporaries drop albums to big promotion and critical acclaim, UGK might have to point a gat at someone in Jive just to get a video budget; and a good place to start would be “Ain’t That a Bitch” featuring Devin the Dude. N.O. Joe’s audio track is so laid back that reclining is mandatory, and other than the song’s chorus it comes pre-censored for airplay. Although Pimp C and Bun B could carry this song on their own (the latter even sneaks in a reference to P.E.’s “Black Steel in the Hour of Chaos”) the guest verse by Devin the Dude is like icing on the cake:

“And just when you thought that {bitch} was specially for you
You put all your trust in the {bitch} and guess what she do?
‘Round two in the mornin that {bitch} gone
Then she come home with some different clothes
I guess the {bitch} is so fine, that you pay it no mind
You asked her where she been;
she say with one of her friends – that {bitch} lyin
Her {pussy} is a goldmine – well, that’s how she feels
And she can get a few thangs in exchange for cheap thrills”

Throughout the album, Pimp C and N.O. Joe trade off productions duties; the only exception being the bonus track “Money, Hoes & Power” by Jermaine Dupri. This keeps the sounds consistantly crispy and in character with UGK’s trademark Texas sound. UGK could call in markers on artists they’ve worked with from Puff Daddy to Celly Cel, the guest appearances are consistantly Southern too and blend in perfectly. Eightball & MJG appear on “Gold Grill,” “Don’t Say Shit” features Big Gipp of Goodie Mob, “Like a Pimp” includes the Three 6 Mafia and last but not least the fly-as-hell “Pimpin’ Ain’t No Illusion” has Kool Ace and Too $hort throwing their best smack down on wax.

The only case of deja vu to be found anywhere on the album is on the track “Choppin’ Blades”, which could be called a 2001 Texas update of E-40’s hip-hop classic “Captain Save-A-Hoe.” As they are labelmates and have worked together before, I doubt he’d complain – in fact their version is just as tight as the original. Otherwise the material is uniquely and clearly UGK’s and showcases their cleverness while letting the rhymes ride the beat instead of dominating it. Each song has their engaging sense of humor and relaxed lyrical flow throughout; but Bun B best exemplifies this on the bonus track “Take it Off” originally from “The Corruptor” soundtrack:

“It was a Secret that Victoria tried to hide
A little sly delight, I done pushed my pride aside
just to slide inside, man I done died tonight
Now what I’m ‘sposed to do? Been got close to you
Lookin like a poster to, don’t wanna boast but you Missus
do a Dr. Feelgood, lay a playa real good
Limpin came back, and it was still good, she will
put a few tips in her mouth, that’s that definition
of them true chicks in the South”

Is this the ultimate “lean to” album of the year? Considering that it’s release comes this late in the season, it’s hard to imagine anything between now and the end of 2001 could tilt to the side harder than the straight pimping of songs like “Wood Wheel” and “Look at Me.” Ultimately it may have been the time of year that curse this album’s promotion – it’s hard to imagine flossing when it’s only twenty degrees outside and folks are queuing up for holiday dinner with their families. It may be too late for riding with the top down, but buy it now and hang onto it until the spring. Whether UGK’s “Dirty Money” gets the promotion and props it deserves or not it proves they can take a five-year layoff from Jive and come back with a new album better than ever.