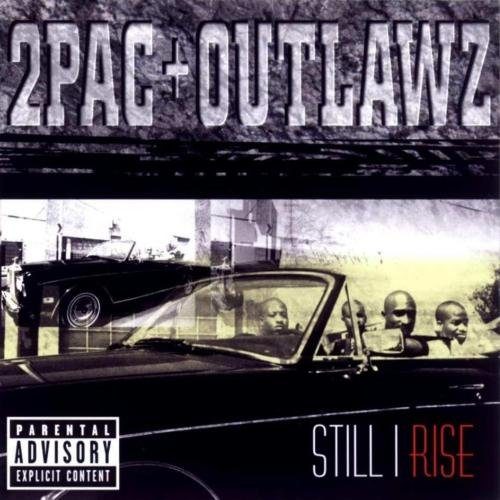 It’s hard to fade Tupac Shakur. All these years after his untimely demise; yet another (official) new album lands in the collective hip-hop conscience. Some interesting theories apply to why the stock of new material has yet to be exhausted. Some say that Shakur’s own paranoia about his demise led him to record songs at a prolific rate that any rap artist would be hard-pressed to match. Others speculate the volume of material is a direct result of his trying to quickly fulfill a bad contract with Death Row in an “The Artist Formerly Known As” fashion; which could also justify his Makaveli alias. Some diehard believers even delude themselves into thinking he MUST be making new songs as they happen and dipping low enough to avoid public scrutiny — yes, it’s the old “he faked his death” bullshit.

This album can at least dispel one of these theories. If Shakur was really still around, do you think he’d endorse some of the weak raps the Outlawz present on these tracks and put it out under his own name? Well, maybe. They did appear on “All Eyez On Me” and “Don Killuminati” but then never to this degree. This album really should have been called “Outlawz + 2Pac” because you are mostly left with the impression this was THEIR album and he was playing a cameo role. In fact he probably was. One can surmise that Death Row wanted to launch their careers off his own and his untimely death interfered. This album is the product of label politickin and industry rule #4,080. Even if they really were his peeps (we’ve been led to believe that) they just aren’t that good. The best of their crew, Fatal Hussein, left a long time ago.

This album does manage to work at times despite the failings of the Outlawz. Songs like “Letter to the President” and “Baby Don’t Cry” have just enough Tupac Shakur and few enough miscues by these rap novices to work as an overall package. These songs could have actually passed for Shakur’s own vision. Songs like “Secretz of War” and “Teardrops and Closed Caskets” on the other hand are decent beats with bad execution. The latter especially is a confused mishmash that conceptually had potential but probably should never have left the studio.

The Outlawz fans are probably all offended now; so was I. Why do I want to hear Yaki Khadafi kicking weak metaphors about “putting Pampers on your pre-school style” when he sounds like he belongs in a pair himself? I’m offended at having to stomach their third rate Tupac-isms when it was Shakur himself I bought this album to hear. I honestly hope this is not the last of what was left in the vaults. It’s still possible to appreciate songs like “Black Jesuz” and “Hell 4 a Hustler” for their beats and the unique way Shakur dominated a track with his voice and nihilistic yet hopeful attitude. Those who weren’t fans of his before now really have no reason to buy the album though; as the Outlawz themselves certainly aren’t worth it. They turn what might have been an excellent album into a merely average one.