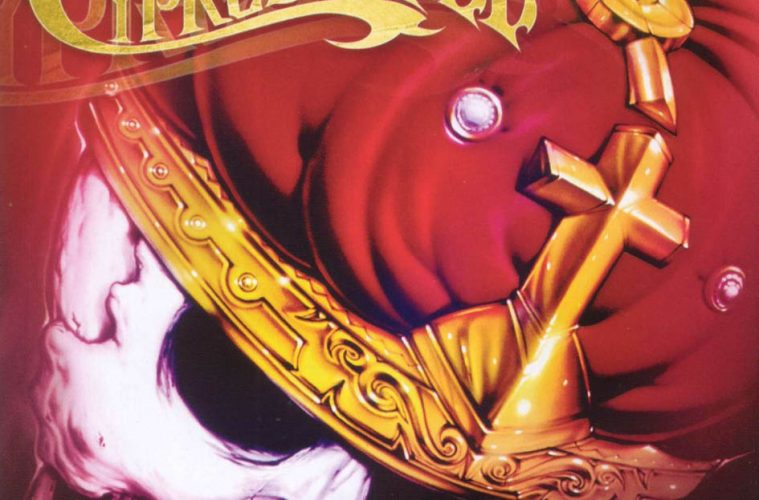 In 1992, “The Hill That’s Real” would have referred to a seminal rap compilation with the first appearance of M.O.P.’s own Lil’ Fame on wax. Cypress Hill were only new jacks on the scene back then, having released their self-titled LP a year earlier. No one could have guessed back then that eight full length albums (including a Spanish ‘Greatest Hits’ LP) later, Cypress Hill would epitomize that phrase far better than any rapper on that compilation could. Their continued sales strength and legendary shows on tour prove that one decade just isn’t enough for these bilingual hip-hop all-stars – now they’re working on number two.

Living on the Hill that’s real isn’t easy for Cypress though. Having to carefully juggle the demands of underground hip-hop credibility with jock rock popularity left the band with last year’s uneven “Skull & Bones” LP. The trademark Soul Assassins sound of DJ Muggs met up with the rap-rock fusion sound of Limp Bizkit, leaving some fans worried that B-Real was turning into a hispanic Fred Durst. “Stoned Raiders” would seem to address these critics in that it doesn’t completely abandon the new stylee but brings back a rawer latin sound exemplified by the title of a song from their ’91 debut: “The Funky Cypress Hill Shit.”

The lead single “Lowrider” is exemplary in illustrating this evolution of revolution where everything that goes around comes back around again. Long-time rap fans will recognize Mellow Man Ace providing the hook, which echoes the same-titled hip-hop classic he made with Kid Frost and ALT. This is a whole new twist though which sweeps you up and carries you away with Roger Troutman-esque bouncing synth and a dirty funky bassline. Winter is non-existant in the mental image this song forms of drop-tops bouncing down the street, proving this crew could ONLY be from California. It may be cold where you live, but B-Real’s hot lyrics will provide percolation!

“I just wanna blaze it up, whether it’s the mic or a spliff
Yes my gift is to amaze you all
Thought I couldn’t come for ten my friend but guess what?
I slay niggaz and STILL savin my best nut
[..]
I drop rhymes that grow like trees you’re smokin
Eardrums feel like lungs, your brain’s chokin
Just let it soak in, seep in, creep in
I’m keepin, all you motherfuckers in the deep end
You wanna trip then I got luggage
I stuff you in and send you off cause you ain’t rugged!”

Tell ’em B, tell ’em B, tell ’em! Sen Dog rips the track in this song too though, mixing his espanol and ingles with a hardcore verse that shows why pendejosbetter not sleep on his skills. Their tag-team attack on the vocals works time and again when Muggs provides hit after hit of the sticky icky funk. From the brain-bashing smash of “Southland Killers” featuring King Tee and MC ren, to the somber and spooky vocals of “Bitter”, to the chunky hard rock sound of “Amplified”, Cypress Hill cover all the bases with equal aplomb. The lyrics are up to par as well, with a worthy retrospective on “Kronologik” featuring Kurupt and the difficulties of getting ahead on the stomping “It Ain’t Easy.” In fact Bizkit seem Limp compared to this song’s high-octane guitars and symphonically studded verses that showcase pain so raw you HAVE to feel what B-Real has to say:

“Times I hated, times I’ve waited
Times have went by where I was drunk and faded
They said I wouldn’t make it but where are those people now?
Still hatin, creatin, all the evil
Now you’re insecurities are showin, exposin you
You’re trippin on me and showin emotions too
Don’t, spend your life full of envy, it’s deadly
Heed me, as I spit the venom, believe me”

This album itself shows no insecurities – eliminating the doubts that seem to have plagued this group ever since “Temples of Boom” in 1995. Every song has a point, whether it’s the seriousness of “Memories” or the serious fun of “Red, Meth & B” featuring Redman and Method Man. By the time Kurupt shows up again to help close out the album on the finale “Here is Something You Can’t Understand”, three hundred and sixty degrees of Cypress Hill’s music and career have come full circle. If you were waiting for an undiluted hit of their sonic chronic, this is the bag of boogie bang with the long-lasting buzz. Fans will find this to be their strongest work in years, and know-nots will be intrigued enough to check out their catalogue. If you have to start somewhere go back a decade to where it all started, because that’s exactly what Cypress Hill have done with this album – putting rock in rap but still putting rap in funk in one vanglorious hip-hop whole!