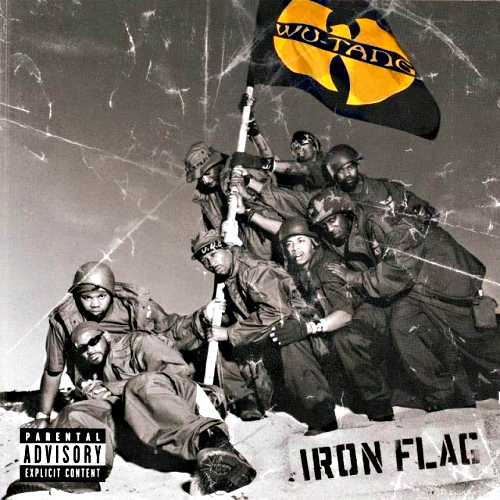 Obviously, the Wu has decided to cut down on the amount of time it takes to release albums. Four years passed between their first and second albums and another three between the second and third. Now we’ve had two Clan albums in two years – with this many killer bee stings, some of the fans may go into anaphylactic shock!

Some of the tracks on this album were obviously either written or re-recorded within the last three months; otherwise how could Ghostface Killah get in references to September 11th on “Rules”? Someone might want to advise Donald Rumsfeld he’s been demoted though because Ghost brashly proclaims “Mr. Bush sit down, I’m in charge of the war!” None of the other Clan members address the attack on this track, but it’s not important – a snappy Mathematics beat provides the backdrop for INS, Masta Killa, StreetLife, Raekwon and Meth to come together as one. The lead single “Uzi (Pinky Ring)” is even better though – a classic RZA prodcuction using bites of “Sesame Street” by Clarence Reid. All of the Wu shine on this track, but GZA’s verse may be the spotlight stealer:

“From dark matter to the big crunch
The vocals came in a bunch without one punch
Rare glimpse from the, strictly advanced, proved unstoppable
Reputation enhanced, since the cause was probable
So you compare contrast but don’t blast
through extreme depths, with the pen I hold fast
Watch the block thirst for one became all
Shot ’em with the long forgotten rainfall
Delivered in a vivid fashion with simplicity
The blind couldn’t verify the authenticity
The rhyme came from the pressure of heat
Then it was laid out, on the ground to pave streets”

Only two tracks are not produced by a member of the Wu family, but surprisingly they’re snug like a fitted hat in this mix. If you didn’t know that “Back in the Game” featuring Ron Isley was a Track Masters production, you’ll certainly never guess – this stripped down track with bongos and occasional piano riffs has nothing in common with their chart topping remixes (and so much the better). Nick ‘Fury’ Loftin’s track for “One of These Days” is a bold slab of horn stabbed funk which provides the perfect background for Deck, Raekwon and even U-God to set it off proper. You certainly can’t argue with the inclusion of either song, as they don’t interrupt the Wu-Tang vibe or feel at all.

There are a lot of joints on this album that recapture the Wu greatness of old, but even among this overall good album a few stand out. “Radioactive (Four Assassins)” is some RZA circa 1993 shit, with four straight verses of fire from GZA, Raekwon, Meth and Masta Killa. The illest effect of this song can only be appreciated with headphones though, as RZA isolated certain sound effects to individual left and right channels, making you feel like ninja stars are flying right over your head. The title track is rather unassuming from the start, but RZA quickly dresses up the beat with a sorrowful sounding loop so that various Clan members can get their shine on. “In the Hood” will catch you off guard, as RZA’s raps over a slow and melodic intro which snaps straight into a high octane beat complete with sirens, emergency vehicles, gunfire and rockets whistling through the air.

As usual with any Wu-Tang Clan album, there are a few tracks that just seem too bizarre to completely envelop the listener. Owing to the seasonal nature of this release, the Wu may have thought basing a song on “Jingle Bells” would be appropriate on the song “Dashing (Reasons)”, even singing what could only be called a Wu-Tang carol at the beginning. This is a forgettable track, as is the somewhat uninspiring Trumaster cut “Y’all Been Warned,” even though Method Man spits verbal fire at the start and on the chorus. On the other hand, having Flavor Flav on the song “Soul Power (Black Jungle)” adds the right amount of manic madness to this bare bones drum and bass track with an almost inaudible flute loop. With a tight second verse, Masta Killa proves why his solo debut album is now LONG overdue:

“I’m a dollar and a dream from seein a brick
In grimy hallways, slingin nicks and treys
When it’s on then it’s on and poppin, shots lickin
I’m spittin this shit for the hood, glock clickin
Tension in the street, we stressed, still wanna eat
I walk through the valley of death, the hotstepper
Holdin red pepper, everybody on reach
I need a beat to expand, the mind guide the hand
Pen stroke, excellent quotes of literature
Nights over Egypt, black as Arabia”

Like their original debut so many years ago, this album clocks in at just under an hour long, with twelve complete tracks to vibe to. The bad news is that due to his habitual drug abuse and recurring incarceration, Ol’ Dirty Bastard is nowhere to be found on this disc. The good news is that this CD builds on what “The W” got right last year and actually improves the formula a little bit. For those who thought the Wu had become basically irrelevant or that their only soundclash champion was Ghostface Killah, this album should serve as warning that the Clan is still nine deep (with one M.I.A.) and still have the formula to rock that rugged New York hip-hop that cultivated them a loyal fanbase in the first place.