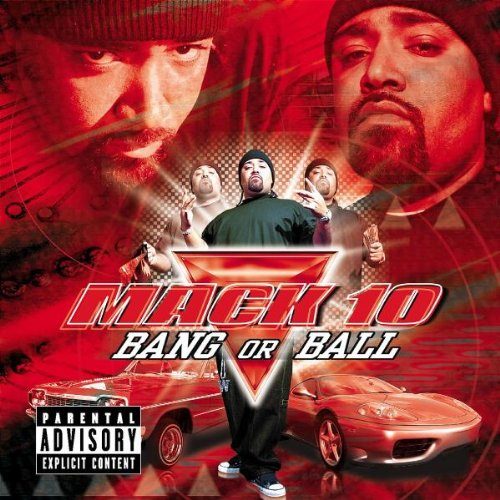 When Ice Cube first introduced the world to Mack 10 back in 1995, predicting he’d be around in 2001 after four successful albums would have been a longshot. Cube has over time introduced a variety of rappers to the hip-hop world with mixed results: Da Lench Mob, K-Dee and Mr. Short Khop among others. What may be more surprising than the fact that Mack 10 is still around and releasing records though is the fact this Inglewood, CA veteran just left behind Priority Records – his label of the last half decade – for the friendly confines of Cash Money Records. Ya hoids me? The Inglewood swanger is now the first rapper who ain’t from the Dirty South on Cash Money.

Trying to figure out how these artists linked up is pointless – it’s just as strange as if Juvenile signed a deal with Death Row. Nevertheless, the music is what matters, and if Mack 10 feels comfortable working with Cash Money, then it’s all to the good. Like most of their artists, almost the entire album is produced by their uber-producer Mannie Fresh. The lone exceptions are “Work” by Ron, “Let it Be Known” by QD III, and the lead single “Hate in Yo Eyes” by Dr. Dre. Even though “Stayin’ Alive” by the Bee Gees has already been sampled to death, Dre does manage to limit it’s usage to the chorus and provides his typical slant on G-Funk for the rest of the track; giving Mack 10 the opportunity to expound on the evil that men do:

“Now tell me, is it the deuce-ones on the Bentley?
The lowriders, the mansions, is that why you resent me?
Smile in my face, and act so friendly
Walk away with hate and a heart full of envy
Say bruh, what part of the game is that?
You got ways like a dame and how LAME is that?
Actin like a groupie around famous cats
And it’s strange, you don’t have no shame in that”

With the rest of the production being dominated by Fresh, it’s no surprise that the rest of the guest appearances are dominated by Cash Money artists as well. Again, there are a few lone exceptions – “Connected For Life” features Butch Cassidy, Ice Cube and WC, “No Dick at All” includes E-40 and Skoop Delania, and “Let it Be Known” has Scarface and Xzibit. Otherwise the cast rotates from one Cash Money MC to the next, and all appear at least once except for the notably (and expectedly) missing Juvenile. In fact, only four songs on the entire album feature Mack 10 solo – which actually isn’t much of a departure from previous one-oh CD’s.

Of the tracks dominated by his new familia, the most notable are the heavily twonked bass of “So Serious”, the silly Big Tymers duet “That Bitch is Bad” and their appearance with Mikkey E on the slinky Mayfield-esque 70’s funk of “King Pin Dream.” Owing to the Mannie Fresh sound though, none of these tracks is weak or without any bounce to it. This tends to drown out the importance of Mack 10’s raps though – not that he was known as a lyrical genius to begin with, but it still must be disconcerting to play second fiddle to somebody’s beats.

Mack 10 will undoubtedly be pleased with the sales figures for this album though, and Cash Money fans will be pleased that the Hoo-Banginest artist in hip-hop was incorporated into their label’s smooth Southern sound with no glitches. Still it doesn’t seem at all coincidental that just as Juvenile expresses his dissatisfaction with the label and his desire to leave, Baby brings in a big league hitter who can swing for power and has a good batting average over the years. As Mack 10 himself says, “Hip-hop classics? I make ’em AND got ’em.” Whether this is a marriage made in heaven over the long term remains to be seen, but short term the bravado of one-oh’s raps and power of Mannie Fresh’s beats are an interesting combination that makes for good music to ride to.