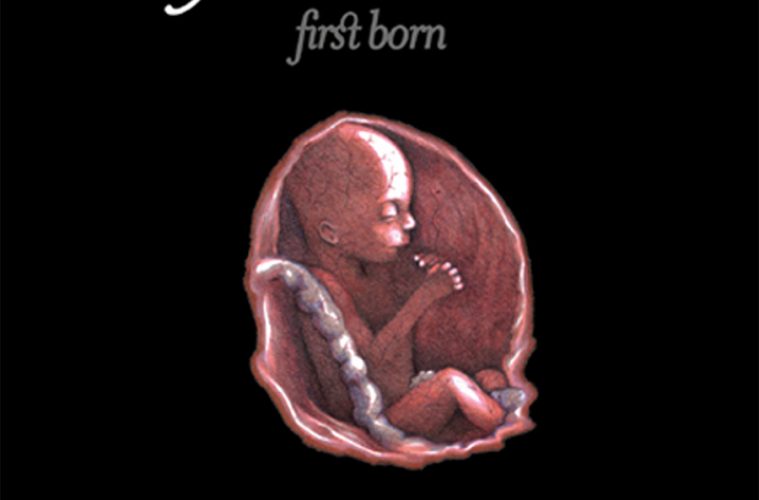 I can’t think of anything with more potential in American culture than emcee battles. What’s more all-American than making rap, one of two purely American forms of music, into a competitive sport? The humor of punchlines and the potential violence should be making starving battle emcees across the country rich by now. This should especially be true for Eyedea, who won HBO’s surprisingly authentic Blaze Battle 2000, probably the most publicized emcee clash in the history of modern hip-hop. This victory was enough to get the Minnesotan teen some dap among mainstream rap fans and, with little or no effort, probably could have used this to make “First Born” at least a gold album. So what happened?

The answer is simple: in order for Eyedea and DJ Abilities’ debut to move units, it would have had to either be jiggy, thugged out or, at the very least, straight battle raps. “First Born” is none of the above. Herein lies the problem with the commercial potential of battle raps: the dopest emcees off the top these days are almost always on some next shit on wax. Chicago emcee Qwel destroyed every single jam on the debut album from his group, Typical Cats, with crazy battle shit, and then turned around and dropped an extremely boring, pretentious solo album. Lots of rappers hate on the entire Anticon crew because of their abstract writtens, but don’t know that Dose One, Sole and Alias are all nasty in a battle.

So, on the terms of a commercial album, “First Born” is, needless to say, awful. On the terms of what it should be, a highly anticipated backpacker event, the album is very uneven. The loosely described anthems which made Rhymesayers pioneers Atmosphere famous (such as “Party for the Fight to Write” or “God’s Bathroom Floor”) are here, probably in some of the best tracks on the album. “Music, Music” and “On This I Stand” are two of the best songs I heard all last year. Slug’s (of Atmosphere) best known jams are down to earth concepts and stories (“Scapegoat,”Sunshine,” and “The Woman With the Tattooed Hands”), and Eyedea steps up in this category as well. “Murder of Memories” trods through the tortured life of a Vietnam veteran, “Read Wiped in Blue” tells the story of his upbringing and the dope-as-hell “Bigshots” shits on those people you love to hate because you know they’re better than you. Eyedea gets props for not biting the style of his best-known labelmate outright. He has his own style, no doubt, but “First Born” has a very similar feel to an Atmosphere release, which is mud in the eyes of critics who claim that Eyedea is like Slug’s Mini-Me.

However, it is in these differences that “First Born” stops being so dope. While Slug always stayed down to earth, making it clear for the average fan what was supposed to be accessable and what wasn’t, Eyedea drops way too much knowledge. Six or seven of the tracks either sound like philosophy lessons or follow a psychological narrative about insanity. A few of the conceptual tracks are just too obscure, like “Color My World Mine,” which tells the story of an artist who doesn’t dream and all the weird shit that follows. And while Slug has stayed away from battle jams recently, Eyedea puts two on “First Born,” neither of which gets the neck moving at all. DJ Abilities stays way too quiet on the album also. His solo track, “Well Being” is basically lame (especially compared to the cuts he does live), and the cuts on other tracks are few and far between. His beats however slam front to back with a very distinct, grim sound.

“First Born” is pretty good, but disappointing. It’s extremely uneven and lacks the battle edge that got Eyedea props in the first place. While there are several incredibly tight songs on here, sometimes there are too many philosophy lessons and head trips to sort through to make the listen worth the effort. In the CD only secret track, Eyedea quips “I don’t make songs about battle raps, bitch, I do it.” But how many fake thugs are getting rich by rapping about thug shit? It’s worth thinking about.