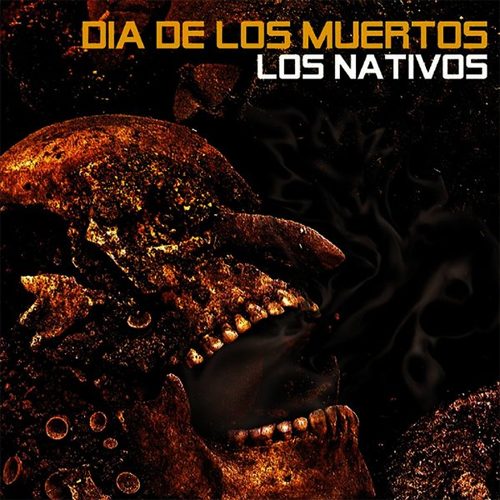 Demographics indicate that there might come a time when the majority of people living in the United States will claim Spanish as their native language. Already the 37 million Hispanics represent a market that is carefully catered to, prompting many a businessman to brush up on his Spanish. But if you’ve ever seen the Taco Bell commercials that made a cutesy chihuahua a star and “Yo quiero Taco Bell” a catch phrase, you might rightfully wonder how Hispanics could relate to this not so subtle stereotyping. Some people definitely took offense to the campaign, particularly those who remember a time when signs hanging on restaurant doors along border towns in the Southwest read “No Mexicans or Dogs Allowed.” A member of the League of United Latin American Citizens even called for a boycott of the fast food chain, arguing that “Mexican Americans are treated like dogs, they have to work like dogs, and now they’re being portrayed as dogs.”

While many Latinos are willing to ignore such demeaning images trying to be (or become) good Americans, there are those who insist on their heritage, be it Hispanic or even idigenous. San Antonio’s rap outfit Los Nativos puts a strong emphasis on the native people that inhabited the American continent long before the Europeans ‘discovered’ it, trying to turn back the clock for at least the duration of their debut: “The hometeam is Indian and you’re just visitin’.” To the outsider, it can be hard to make out what or who Los Nativos exactly represent, unsure about how serious they are about a self-description like “I’m the Aztec prince and he’s the Mayan scientist.” But even though “DÃ­a de los Muertos” is spiced up with recurring mythical imagery (“There’s faces in the clouds, in the rocks, in the trees / and there’s voices in the drums, in the beats, in the breeze”), it is very much about the present situation:

“I’m the first one to suffer, the last one to sleep
the first one to struggle and the last one to eat
Money has made our lives marketable
so everything we do has become profitable
We’re undocumented workers from here to Mexico
and I’ma make sure it don’t happen to the people no more
I’ll take you from the here and now back to there and then
before we were known as Mexican American”

“All My Native Vatos” sees them shouting out a number of historical indigenous people at the end, not after having rallied their present-time troops with an engaging chorus:

“All my native vatos, wave your axe in the air
scalp a muthafucka like you just don’t care
And all my tribal honeys in the house tonight
find you a warrior and hold him down tight
I want everybody else to the front of the stage
I’m handin’ out joints so y’all can get blazed
I just feel so indigenous
with 25 million Indians diggin’ this”

Before Los Nativos get into “All My Native Vatos”, they act out an interesting interlude that brings us back to the beginning of this review. In true gangsta rap fashion, some nameless “maricon” gets pointed out and chased down. Before he gets bucked, his last words are “Yo quiero Taco Bell,” revealing the poor spokes-chihuahua falling victim to the Nativos’ righteous wrath. While their album has its lighter moments (“So Mr. Columbus, since you came from so far / I was wondering, have you received a Green Card?”), Los Nativos are stern defenders of their cause. Throughout “DÃ­a de los Muertos” rappers Chilam Balam and Felipe Cuauhtli strive to reinstate their cultural background they feel has been violated. This concern manifests itself in the album title which refers to the Mexican Day of the Dead, a custom dating back to pre-Hispanic times. Like North American natives, they claim seniority:

“We’ve travelled this continent in accountable numbers
It’s funny when you wanna call my people border-jumpers
You’ve crossed the ocean, we cross the river
and WE’RE the wetbacks – how the hell you figure?
So much bloodshed, all you see is red, nuff said
and for those dead I’ma use my head to defend
This is a warzone, homes
Man, are you ready to bust right up in they homes
invade the space and the things that they own
like they do with the sacred places we bury our bones?”

US-American hip-hop may have its share of acts that come from a similar angle as Los Nativos, from Latin rap pioneer Kid Frost putting it down for ‘la raza’ to group names referencing pre-Hispanic history (Aztec Tribe, Funky Aztecs, Ozomatli), but it’s hard to think of someone as dedicated to the cause. You have to realize that a lot of what you encounter on this album is rhetoric, or else you will dismiss this group as unworldly when bumping into lines like, “I’m a native, respect that / I’m takin’ back my land / the mountains, the seas, the sands / valleys and grasslands / give ’em back to the native woman, child and man.” Los Nativos use hip-hop first and foremost as a means to gain self-respect, reclaiming their roots as a source of pride: “In the face of my elders is tradition and history / to me my ancestry’s no mystery.”

While Los Nativos have to be applauded for their proud stance, it hurts to see their message being eclipsed by sub-par music. Either producer Chilam Balam or the people in charge of post-production have done “DÃ­a de los Muertos” a great disservice the way this album was mixed. Most tracks have a cheap, artificial sound to them, the bass being too dominant, the voices muffled and the instruments rarely coming together in an organic fashion. Regardless of the tone of the track, whether its the festive “Sin Control” or the meditative “Tierra”, potentially good ideas fail for lack of musical expertise. The listening experience is not completely ruined, but it’s certainly nothing to write home about. This is all the more unfortunate as Los Nativos, who exist since 1996, seem to originally have additionally featured two guitarists, a bass player, congas and two DJs. Now there’s only Rico Mendez helping out on guitar and percussion. Nevertheless, musically “DÃ­a de los Muertos” has its moments, from the delicate guitar solo at the end of “Urthawut?” to the light-footed pace of the title track or the crisp closer “Atltlachinolli”. Especially noteworthy as far as the song format goes are the radio-friendly “When Jaguars Cry” with its heartfelt writing and the club tune “It Could Get Ugly” which makes up for its lack of energy with a great “fuck everybody in this party” attitude.

For the masses, “DÃ­a de los Muertos” is probably too much of a challenge. Those interested in the subject matter and ideology, however, should be able to ignore the shakiness of its musical foundation. Mixing English, Spanish, and Spanglish lyrics as well as bits of possibly Mayan and Aztecan delivered in a none too confrontational manner, Los Nativos succeed in a similar fashion as dead prez, a group they not only evoke when they declare: “What you thought, revolutionaries can’t rock shit?” Whether they can or can’t ‘rock shit’ is a judgment ultimately left to the individual listener, but this listener here can only advise that you take up the invitation issued in “Sobrenatural”: “So let me take you down to this village where I’m from / we can sit and have a chat to the rhythm of the drum.”