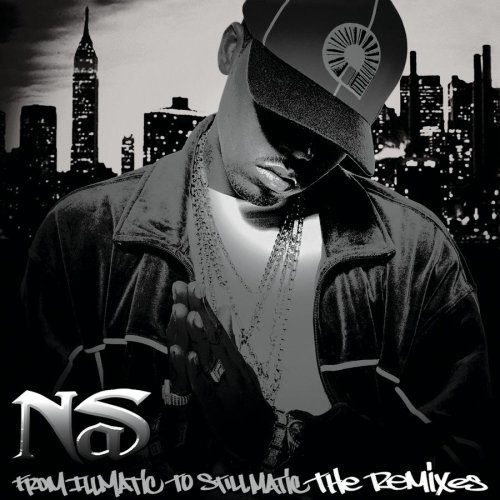 Nas :: From Illmatic to Stillmatic – The Remixes

The Nas EP “From Illmatic to Stillmatic” falls somewhere in between, but the first cut is so off-putting it almost derails the whole process. The original “Life’s a Bitch” from “Illmatic” was a joint so soulful and smooth that it made the previously unknown AZ the Visualiza suddenly one of the hottest prospects in all of rap music. If the “Arsenal Mix” had just stripped that laid back mellow groove and replaced it with an inappopriate set of uptempo horns that would be bad enough, but Columbia Records aimed for the widest possible distribution of this EP and only released a radio edited (i.e. no “Parental Advisory”) version to stores. Imagine hearing the AZ’s chorus for “Life’s a Bitch” with the word “bitch” edited out, and after you’re done with the vomit bag pass it to the next man who just read this paragraph. Editing out Olu Dara (Nas’ father) playing the trumpet at the end of the original is just the final nail in the coffin of this horrid remake.

Things improve somewhat with the “LG Main Mix” of “One Love.” While the abundance of radio editing and cleaned up words becomes taxing (every use of the word “nigga,” every reference to smoking weed, every firing of a gun) the beat used does not insult the original version by Q-Tip. Some Nas fans may be dissapointed by the next remix “It Ain’t Hard to Tell” though. A bootleg version dubbed “Nas Will Prevail” has been floating around the internet for a year, and featured some classic new verses from the loquacious lyricist. This version is instead a Large Professor remix with a different beat and a Biz Markie sample that was the flipside of the original twelve inch – not bad, not not brilliant.

The second half of this short EP is where all of the real highlights are. The much maligned R. Kelly makes an excellent addition to the revised “Street Dreams” track, where Nas does INDEED spit new verbals on a remix worth of being archived for posterity. It is followed by a smooth remake of “Affirmative Action” built on a piano loop from the hip-hop classic “The Symphony” by the Juice Crew All-Stars. The finale is a revision of “One Mic” that blends with the same Mtume song that Notorious B.I.G. used to such ill effect on his classic single “Juicy.” The redux doesn’t surpass either Biggie’s song or the original “One Mic” but the smooth beat is blended surprisingly well with the intense Nas verbals that made the song a standout on “Stillmatic.” Give Ty Fyffe his props.

Looking through the liner notes of this EP, a lot of the songs appearing within are credited to an as yet released album called “Apocalypse Nas: Prelude to Stillmatic.” If this new Nas album is uncensored it will certainly be an improvement, as the first three songs in particular suffer greatly due to horrendous (and often unnecessary) editing. The rest can stand on their own as is, but hardcore Nas fans may already own everything except for the “Life’s a Bitch (Arsenal Mix)” and the “One Mic (Remix).” Lyrically Nas is always on point, but hearing the same great vocals twice in a new format that’s not necessarily an improvement and in some cases a detraction means this EP is not really a must-have.