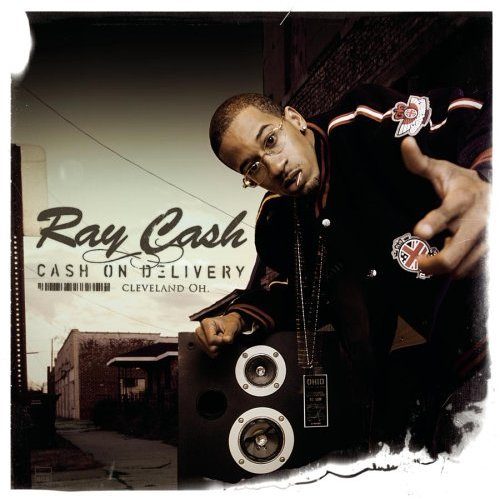 The latest hip-hop artist to hail from the mean streets of Cleveland, Ohio, Ray Cash has already made some noise in 2006 with the release of his first single “Bumpin’ My Music.” With a pounding beat by Rick Rock, a guest apperance by Scarface and his interpolation of “Fuck Tha Police” by N.W.A. the song quickly moved up the charts and put Ray on the national map. Cash’s lyrics aren’t necessarily legendary, especially given the gimmick of using other rappers as punchlines is old, but he had a certain flair to his delivery that made the track above average:

“I’m in the old school eighty-fo’ Delta 88
With a ounce, but I’m bouncin like I’m out here movin weight
Bone and Biggie in the Pioneer, as I reminisce
Before that it was “D’Evils” took ’em back to ninety-six
I went down to Houston for some ‘Face, Mary Jane
What a coincidence I’m blowin Swishers doin the same thang
Six-hundred for some big O’s, “400 Degreez”
“I’m a Hoe,” “Player’s Club,” Ice Cube, Master P
And since I’m movin my yay, know I got U.G.K.
“Ridin’ Dirty,” lookin for that high life and what more can I say?”

The obvious question would be whether or not Ray Cash was capapble of capitalizing on the initial buzz from that single, and “Cash on Delivery” is the attempt to do so. Cash’s locale may be well known, but on this album the production is all over the map. “Smokin’ & Leanin'” is a monotonous track by the Kickdrums, well named on this song given that’s all they can use to give this cut any thump. On the other hand said same producers deliver Cash excellent music on the harmonized vocal backdrop “She a G” and a smooth electronic melody worthy of Mannie Fresh on “Dope Game.” Chas ‘Wes on Track’ Hamilton comes through on “Better Way” with a beat that sounds like a sequel to Jay-Z’s “This Can’t Be Life” – and not coincidentally Beanie Sigel is on both songs. On the other hand Hamilton completely missed the mark on “Take it How You Want It,” searching out the dark keys at the low end of the piano but forgetting to do anything interesting with them in the process. Some of the best tracks are by little known producers like Dart Parker, whose sound could rival a Kanye West classic on “Fiends, Fiends, Fiends,” but there’s also something to be said for the old-school funk Rockwilder and Jakpot used on “Livin My Life”:

“Cause niggaz still dyin
And it seems all of this liquor got my liver cryin
I ain’t lyin, my clientele’s risin
My nigga Mann hit me off of consignment
I’m hustlin 24/7 that’s my only assignment
So I couldn’t deny it
As long as motherfuckers buy it I gotta supply it
Now you can judge me all you want but you ain’t never tried it”

Unfortunately therein lies the problem again – Cash is a fairly competent rapper and he’s supplies with some fairly good beats, but the topic matter is fairly repetitive and has been done a fair number of times already. There’s just so many ways and so many variations to the theme you can take when it comes to illegal street pharmaceutical entrepeneurship, making a come-up from that to music, reminiscing on how bad it was and talking about how good you’ve got it now on songs like “I’m Gettin'”:

“Tell me is it my swag, the way I rap
Or cause you frequently might see me in your trap
Tell these haters I’m gettin, that dough
I make a hater wanna hate me even mo’
Tell me is it my chain, my blaing
Or cause a nigga simply do the damn thang!”

No offense Ray, but it’s not because you do the damn thang – it’s because you do the same damn thang everybody else do. On the plus side his flow and breath control are above average, his vocal tone is a pleasant mid octave (albiet none too distinctive) and he does occasionally drop a witty line here or there. On the negative side without good production to carry him through this album his “delivery” would fail to reach the destination because he’s one of a thousand similar MC’s with similar styles and topics. This album may indeed deliver Ray some Cash, but it will largely be on the strength of how many singles hit the radio and how well he’s promoted.