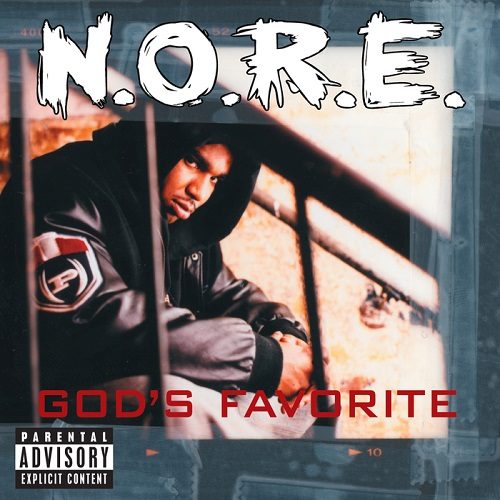 It’s nothing new in rap to be braggadocious, but Victor ‘Noreaga’ Santiago took it to new levels back in 1998. Already known as one-half of the New York supergroup Capone-N-Noreaga (CNN), “N.O.R.E.” established the MC as a soloist who could get “head in the whip and not crash in it.” While the tough talk often bordered (intentionally or otherwise) on the comically absurd, his ability to command attention through mic presence and energetic flow ranked him as one of rap’s most entertaining MC’s. Incidentally, his rap hit “Superthug” could arguably be called the single song that broke in the Neptunes (N.E.R.D.) as producers, long before they made crossover jams for Ol’ Dirty Bastard and Jay-Z.

Since then, Noreaga’s career has had more ups and downs than a Coney Island roller coaster. While Noreaga’s partner Capone spent several years languishing in prison, he attempted to keep the magic alive with a second solo LP as his alter-ego “Melvin Flynt – Da Hustler.” Despite having the lead single “Oh No” once again be laced by The Neptunes, it’s success did not translate into good album sales. Excuses are a dime a dozen, but on his new album “God’s Favorite” he mostly blames himself for not having his heart in it – the kind of candor in rap music that’s both hard to find and refreshing.

The artist formerly known as Noreaga still can’t resist getting in a parting shot at his former label though on the song “Grimey” with the words “and fuck Tommy Boy, them niggaz just suck.” No argument from this reviewer considering they just liquidated their entire rap department – a sad move for a label whose history covered everyone from Afrika Bambaataa to De la Soul. For the most part though N.O.R.E. sticks to the traditional topics he knows so well – drinking, smoking, sucking, and fucking. “Gettin so much brains I’m startin to feel smart,” is another line from “Grimey” that showcases how paradoxical Noreaga is. Critics have sometimes labelled the thuggish rapper unintelligent, and in this case he’s either bragging about his sexual prowess or actually admitting they’re right!

“Money like Nutty Professor – fat as fuck
Four gold albums; ain’t none of it luck
Brad Pitt, Fight Club shit, fuckin you up
Since you, seem so tense release the mutts
I’m connected, the police release my cuffs
Call me Fillmore, naw nigga cause I’ma feel more
Nigga this my year, you gonna feel Nore
Money we got it but still try and feel more”

N.O.R.E. really does seem to function at his best when paired with the Neptunes; curiously enough his hardcore bravado does the same for them. Both “Grimey” and “Nothin'” feature the kind of trademark Chad Hugo and Pharrell Williams tune that will be stuck in your head for days, weeks and even months. The latter song in particular is a pleasant mixture of the tempo from Tha Liks “Best U Can” with an Eastern style melody that provides simple structure without overriding N.O.R.E. or the bassline. They continue to work together on the album’s best songs including “Full Mode,” the rambunctious “Head Bussa” and “Consider This” featuring Kelis. If these two did nothing but work with each other all the time a lot of rap heads and East coast hip-hop fans would be happy as FUCK.

The Neptunes have a lot of clients these days though, and probably can’t give N.O.R.E. a whole album even if they wanted to. As a result a mix of other producers provide results ranging from mediocre to above average, from the irritating screech of Swizz Beatz “Nahmeanuheard” to the pop crossover sound of Irv Gotti lacing “Live My Life” – and to no one’s surprise the latter features Ja Rule as a guest. The oddest song may be “Love Ya Moms” – an all out posse song including Capone that bases it’s melody on Cyndi Lauper’s “Time After Time.” It’s not whack per se, but it’s the kind of mix you would expect P. Diddy to give Faith Evans.

The end result of this album is a curious mixture of songs that are sometimes unforgettable, and sometimes COMPLETELY forgettable. Since this has been true of every Noreaga album to date, “God’s Favorite” doesn’t break new ground for N.O.R.E. but also doesn’t sink below the minimum level of expectations the rapper already has. It’s true that this album does seem more focused than “Melvin Flynt” and a few songs like “Black Clouds” reflect a surprisingly personal touch that goes beyond pure machismo and trash-talk. In the end this album may win a few new converts due to the Neptunes singles, and will keep those who were already a fan of the “Superthug” happy. To the rest this album will be a summer 2002 curiosity, but not necessarily a must-have.