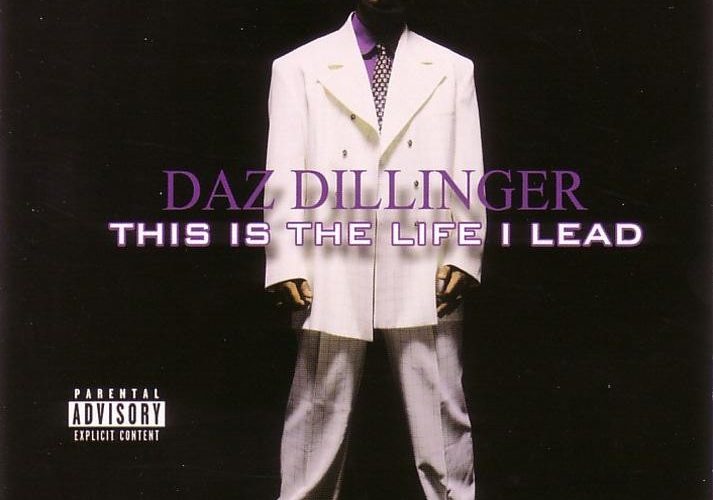 Daz Dillinger :: This Is the Life I Lead

Fairly or not, the half of Tha Dogg Pound that always got jocked for his lyrics and rhymes was Philly born and raised Kurupt. Daz Dillinger always got his props for being a cold-ass brother on the beats; some even called him the next Dr. Dre when Dogg Pound was one big family under Snoop (in Suge we trust). At the height of their fame and popularity though the family unravelled due to record label shadyness, and everybody was left to fend for their own. Daz tried to hold down the Pound at Death Row for a while, but like Dre did before him Daz eventually realized he was making negative progress in a negative environment. After one solo album “Retaliation, Revenge and Get Back” he was Audi 5000.

Since then, Daz’s career has been all over the map. Slow but steadily he’s been building up the viability of his own label DPG Recordz, and even briefly reunited with Kurupt for “Dillinger & Young Gotti” in 2001. He’s also worked with San Francisco legend JT the Bigga Figga on combined effort albums like “Game For Sale,” as well as releasing a “Who Ride Wit Us” compilation. All throughout, he’s been lending his able assistance to a slew of other rapper’s albums, putting together their hits even as he languishes in pop music obscurity.

In the underground rap world Daz is still a star though – a gangsta with a decade + of dues strapped under his belt as both producer AND MC. With the cult following Daz has maintained through the years on solo albums like “R.A.W.” it’s only natural for the young impresario to keep putting out his own product on his own label. “This Is the Life I Lead” continues a tradition started by Snoop, stranded on Death Row, and then freed to fly as high as possible. At times, Daz does soar to those heights over his own beats and those co-produced by Mike Dean, he of Scarface and the Geto Boys fame. The music is trademark West coast G-Funk: dirty sounding bass, frentic instruments, and lush arrangements. On the strength of the sonic foundation alone, Daz rides out on songs like the whining and pulsing “Drama” or the Oakland funkafied “Bitch Bitch Bitch Make Me Rich” featuring Too $hort.

Daz’s years of mic wielding experience are displayed in a professional flow that never finds itself out of step with his music. Professional flow is not equivalent to lyrical acumen, and at times Daz sounds in desperate need of a ghostwriter. It may be that “Dogg Food” by The Dogg Pound was the pinnacle of his rhyme-writing career, when the Death Row collective could easily vibe off each other and collaborate on making hits. Reuniting with Kurupt seemed to capture that spark briefly, but left to his own devices even Daz admits, “I don’t give a fuck I’m just stuck in my ways” on the song “I Live Every Day Like I Could Die That Day.” Decent concept, but the overly verbose song title is symptomatic of Daz’s problem. Daz uses a lot of words to talk about things best left simple, and then when he pares it down to simplify he’s left with hackneyed gangsta cliches like “Run Tha Street” and “Redrum.” RapReviews writers like to pick something to quote to exemplify what a rapper does wrong/right, but the problem here is that over 12 tracks the topics don’t vary enough for anything to stand out bad OR good. It’s all just THERE – not lousy, not great.

Ultimately, this is an album that pushes more on the Daz’s strengths as a producer, not as Master of Ceremonies. Daz can MC, and to his credit he often makes a lot more sense than Kurupt – a rapper who often seems to be so gassed off his own hype he tries to pass off banal rhymes like “bitch nigga, you more of a bitch than a bitch” as brilliance. Daz may not have his ex-partner’s reputation, but by sticking to familiar ground he maintains credibility even at the sake of lyrical creativity. If you want an album strictly to mash, the sound of “This Is the Life I Lead” will floss in your Benz or ya Hummer this summer, but don’t expect Shakespeare.

Daz Dillinger :: This Is the Life I Lead
6.5Overall Score
Music8
Lyrics5