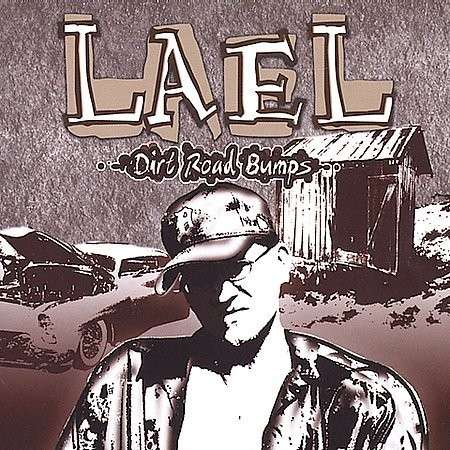 Some records almost review themselves. When you have a well-known artist with a big music video and major label distribution, it’s not hard to come up with things to say about them. Even indie artists often have a network of resources you can draw on — press kits, bios on label websites, and the thoughts and feelings of underground rap fans who are diggin’ the sound. Then you have somebody like Lael. Who?

Somebody other than this writer must know who Lael is. In fact, we can suspect that at least three people do: Kon Artis and Kuniva of D-12, and legendary Flint, MI rapper MC Breed. This was obvious even before taking off the album’s shrinkwrap, because their guest appearances were heavily advertised with a big red sticker on the front. With unknown artists, a big sticker on the cover advertising who appears on it is either a really good sign (they are talented enough to be respected by their peers) or a really BAD sign (other than these guests, there’s nothing to hear).

Travelling down the byways (not highways) of “Dirt Road Bumps,” you’ll find that some roads are as smooth as fresh pavement, and some are as rough as a 1900’s cobblestone pathway. For informational purposes only, the reader should be aware that Lael is not African-American. The pictures in his album are ambiguous, but listening to the CD one suspects he might be white since he sounds like a cross between Bubba Sparxxx and Eminem. That’s not too surprising though, since on the album Lael claims to be from Atlanta yet he’s working with a bunch of Michigan’s finest. Lael exhibits the qualities of a professional MC throughout: breath control, charismatic delivery, clear diction, and the ineffable quality of “mic presence” that seperates those who should rap from those who shouldn’t.

Where your car bogs down on Lael’s travels through the back country is more often music than lyrics. Kon Artis produces a lot of the tracks, and these tend to be the best cuts; including the ones he and Breed appear on – “My Style” and “Makin’ Moves.” JNitti is hit or miss throughout the CD, making the grade on “Sea of Dreams” with guest rapper Ben Hameen but flunking out on wannabe G-Funk like “The Whole Show.” The aptly titled “The Song Sucks” is a perfect example. So many producers today are trying to imitate the electronic sound of the Neptunes and the pop sensibilities of P. Diddy, but few do either well and fewer still are good enough to mix them together. If it weren’t for the beat, Lael’s rap on the song would work as a humerous parody of Marshall Mathers:

“I don’t do white music, I don’t do black music
I just do whack music, like I do crack music
Naw bring it back do it, I’m about to rap to it
Take a piece of paper, write a long piece of crap to it
And y’all can clap to it, while I done mobbed to it
Rob to it, go to work and do your job to it
And y’all can bob to it, slob on the knob to it
Live on arrival play it live and y’all gon’ flock to it
Rock to it; I hate it I hach-too it
Spit on it with hot fluid, cause somebody gotta do it!
[…]
Dust flew off the record when the DJ spun it
I don’t wanna hear this shit again until I’m a hundred!”

Lyrically and musically Lael is sometimes a victim of his own ambitions, such as the overly pretentious Illogic-esque “Lost in a Daze,” but then redeems himself with something refreshing like “The Journey.” For people who enjoyed the laid back country rap style of Bubba Sparxxx this album will be a winner; even though on the talent scale Lael has a way to go to reach the Athens, GA native’s level. Still, for a rapper almost no one’s heard of before this album, Lael proves that he’s not only capable of saying something worthwhile but that his “Dirt Road Bumps” are worth getting your shocks tuned up for.