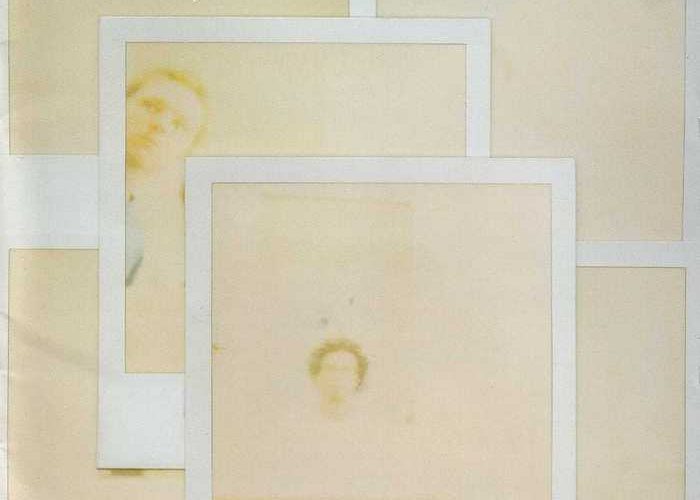 Themselves :: The No Music

Let’s face it, not everything has been said in rap music yet. Topics remain to be touched upon, ways of expression are to be explored, philosophies need to be introduced. In that respect, the collective known as Anticon should be acknowledged for opening new doors to rooms the average rap fan like myself never knew existed. The problem is that since their ambitious beginnings (remember “Music for the Advancement of Hip Hop”?) they stormed through one door after another, ending up somewhere in a remote chamber so far away from the original hip-hop dancefloor that, would they open yet another door, they’d probably step out into another dimension altogether.

Possibly taking a clue from a certain avantgarde improv/noise type of music movement which has a forum called The No Music Festival, Themselves, formerly Them, consisting of vocalist Doseone and producer Jel, have decided to call their sophomore effort “The No Music”. That ought to tell you right there what Themselves are about: refusal and rejection. Rejection of conformity, rejection of conventions, refusal to play the game called rap music, refusal to make rap music even, right down to the refusal to make music period.

Initially, the most boggling thing about the ‘advanced promo’ I received for reviewing purposes was the fact that it was ‘hosted’ by none other than DJ Kid Capri. Can you imagine this pillar of New York rap getting down with something as out there as Anticon? Neither can I. Honestly, I think this was a hoax on the part of Anticon, who took snippets from some other promo and cleverly slipped them into the mix. To be able to fully concentrate on the music I went and bought a regular copy of “The No Music”. I have since come to the conclusion that they may as well have let Capri scream at the top of his lungs on the commercial release, because that stuff is weird beyond belief anyway.

Listening to “The No Music” is like driving through an area supplied by low powered radio stations going up and down your dial trying to pick up a signal. It’s a kind of ‘things that go bump in the night’ experience. You know something is happening out there, but you have no idea what’s going on. Amidst an ever-changing soundscape of bleeps and beats, static and sonic anomalies, bits of audio debris from times past, you have Doseone’s vocals switching between sped-up and a slurred, sluggish pace, delving deep into the mix only to emerge again. What’s funny is that the rapper that is most likely to come to mind when hearing Doseone spit highly abstract poetics with his sing-song drawl is Knoc-Turn’Al. It’s quite a trip. It doesn’t necessarily sound bad. It becomes almost unbearable if you try to approach it like the average rap record, because checking for rhymes, keywords, storylines, punchlines and stuff like that is definitely not the way to approach it.

But once you get accustomed to the strange vibe, you’ll notice that, despite everything, this record is quite powerful. It’s far from lifeless or lethargic. There’s always something going on, and whether it just strolls along or switches into a more animated gear, musically it isn’t really that far away from the grounds rap music has conquered so far. “Dark Sky Demo” even sounds like some forgotten promo piece from the early ’90s. Right down to the spiritual finale, it also carries a humorous note, like when “Good People Check” is closed down by the clichÃ© cowboy-riding-into-the-sunset scene. There’s even a subtle Gang Starr reference in that song:

“My rotting tape collection be still my beating heart
now I buy one new rap CD six months apart
From underground to mainstream, pioneers to fireplace rap
this is the voice of our age, not the skin off your back
Come see me, I’ll serve you, give you free music and step
It was nothing, I did it just to save our rep”

It is clear that Doseone and Jel once had a place in rap music, even if only as consumers. Deciding where they are at now is much more difficult, as is determinating what got them there. You could tackle a record like this with different hypotheses trying to explain what exactly Themselves want to get across. But even if you were able to filter an artistic statement out of “The No Music”, the problem remains: it’s all guesswork. I ask you now: shouldn’t it be every rapper’s goal to be completely understood? I think everybody would agree that rapping is a very immediate way to communicate. And when it comes to communication, your aim should be to try to make yourself understood as good as you can. Or else chances are people will not understand what you are trying to tell them. And even if they are able to make out things that make sense to them, they might not be able to follow your entire reasoning, walking away with a serious misconception of what you wanted to say. It’s that simple. Maybe +too simple+ for Themselves.

In 1996, Public Enemy frontman Chuck D dropped his solo single “No”, described by Steve ‘Flash’ Juon in his ‘Back to the Lab’ review of “Autobiography of Mistachuck” as “a song overlooked by a lot of P.E. fans and hip-hop heads in general. It’s hard to understand why when listening to this track – one that features an ill Hydraulic Funkahaulics instrumental background and some deceptively simple lyrics that indict everything that was wrong with hip-hop in ’96; although the eerie thing about this song is a lot of it rings as true if not truer today.”

One element that recurs in the artwork for “The No Music” are prohibitive signs crossing out different symbols, obviously things they’re saying no to. The current state of hip-hop affairs is likely to be among those things. But while Chuck D kept his message as clear as possible, Themselves go off into the opposite direction, hitting you upside your head with a message that is much more vague. Quite a lot of work went into the illustration of the CD’s booklet (which was designed by Themselves). But as much trouble as you’ll have detecting the album’s tracklisting, you will search even harder for the song lyrics. But they’re there, even in chronological order. Not that that would have helped in my case…

One thing is for sure though: Themselves are already too far gone to ever come back, and discussing whether they have a place in hip-hop won’t bring them closer to the average rap fan either. You can label their music geek-hop, emo-hop or art rap, but labels only help to stereotype people, something Themselves almost certainly would not like to happen. From my point of view it is music that is too individualistic and original for its own good, music that communicates in an alien language, or worse even, music that talks to itself. “You can tell a lot about a man from the sound of his music,” Doseone says somewhere on this album, talking about someone else. I’m sure he realizes that the same thing goes for himself and his partner.

Themselves :: The No Music
5Overall Score
Music6
Lyrics4